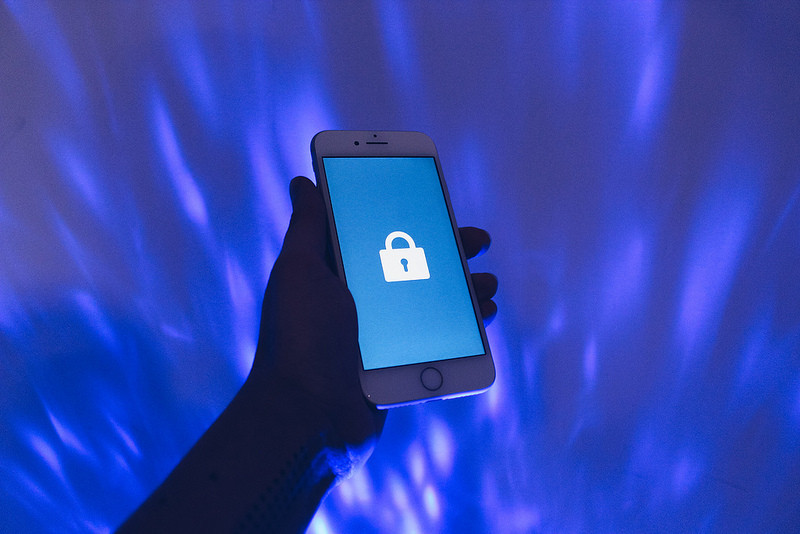 Our Complete Guide to VPNs

In today’s online world, privacy is a huge concern. And if you’re looking to keep your browsing safe and private, then you might have heard of the term VPN. Not sure what a VPN is? Then you’re in the right place. We’ve got everything you need to know about VPNs and how to use them in our complete guide.

Before we get into what exactly VPNs are, there’s a bit of basic stuff you need to know first. Every electronic device you use to access the internet has what we call an IP address. This IP address is just like a home address, it marks specifically where your computer or mobile or PlayStation is, making it easy to find.

When you want to access something online, say the BBC news website, your computer sends a message to the BBC site that includes your computer’s IP address. The BBC site takes a look at your address then sends data back to your computer. It’s kind of like regular snail mail, but a whole lot faster.

So What Does a VPN Do Then?

VPN stands for Virtual Private Network, and if you get yourself a VPN account there are two things that it will do for you.

Imagine that you’re writing a letter to someone you don’t know very well. You write your letter, put it in an envelope with the person’s address on the front, and your own address on the back (because you want that person to be able to write back to you). You can send that letter straight away, but then that person will know exactly where you live, and maybe, for your own reasons, you’d prefer that they didn’t. So instead you send your letter to a big warehouse (or VPN). The warehouse puts a big sticker over your home address, hiding it, and puts the warehouse address instead, then sends the letter on to your friend. When your friend wants to write back, he addresses the envelope to the warehouse, who receive the letter, and then pass it back to you.

Technically this is kind of a complicated process, but it’s not a difficult concept. You keep your address hidden so no one can find you. So far, so good.

The second thing that a VPN can do is encrypt your information. So instead of sending a regular letter that anyone who intercepts it can read, the VPN puts it in code. The key to the code is sent to your friend, which means that when he receives your letter he can decrypt it and read it. This means that not only is your address private, but the data that you’re sending and receiving is also private. Neat, right?

Uh, Is This Legal?

We’ll get to why you might want a VPN in a second, but first, an important question: is all this legal? Okay, we’ll be honest, there are people who use VPNs to hide the fact that they’re breaking certain laws (particularly illegal downloading or streaming laws). But committing a crime using a VPN doesn’t make the VPN itself illegal. You might beat someone up with a crowbar, which is definitely illegal, but owning a crowbar in and of itself (and using it for its intended purpose) isn’t illegal in the slightest.

In 2016, the UK government passed The Investigatory Powers Act. This gives law enforcement the right to access data, to intercept communications, and generally to keep an eye on what citizens are doing, especially online. This act does NOT ban VPNs (and nor does any other UK legislation). As of the time of writing it is perfectly legal to use a VPN any time you like.

Why Would I Want a VPN?

There are a few reasons that you might want to use a VPN:

Obviously, some of these reasons are better than others, and we’re going to assume that you’re not breaking any laws (or any terms of service, since using a VPN to access Netflix outside of your country of origin is against their terms). But the bottom line is that a VPN gives you security and privacy, both of which are good things to have if you’re regularly online.

This is particularly true in the UK since the passing of the above mentioned Investigatory Powers Act. Internet Service Providers (ISPs, your internet company) can see all your traffic and are required to pass the information along to the authorities if they believe you’re doing something wrong, of if the police request your information. With a VPN in place, your ISP can’t see what you’re doing, and therefore can’t release any data about you.

The Pros and Cons of VPNs

The plus side of using a VPN should be pretty obvious. You get privacy and security. The negatives might be less obvious though. There are a few less than positive things you should know about using a VPN:

The good news is that there are loads of VPNs to choose from, and we’ll get down to some details about what you should be looking for below. For now know that you have plenty of options, some free, but most with a small monthly or annual payment. Free VPNs tend not to be as good as paid ones, obviously, though for casual browsing they should be fine.

Once you’ve chosen your VPN and signed up for service using your VPN is pretty simple. Generally, VPNs are not on by default, that is they don’t work until you actually log in. Before you want to browse securely you’ll need to go to the site for your VPN, log in, and perhaps choose which server you want (if you’re looking to access an Australian site, for example, you should choose an Australian server from the list, if you have no preference choose anyone you’d like). And that should be it, you’re free to browse. Don’t forget to log out again when you’re finished!

A free VPN might sound pretty good, but you do need to be cautious if you opt to go down this route. Providing a VPN service isn’t cheap, which means a free VPN has to make money somewhere. This might be by showing you annoying ads all the time, which is irritating but not exactly dangerous. However, some less than reputable free VPN services make their money by selling user data or infecting users with malware. Even some big criminal organisations have set up free VPNs.

There are a few decent free VPNs out there, though they’re usually short on features and only do the basics. Check out reviews, and download carefully if you want to avoid trouble.

VPNs and Security: Not all VPNs are Created Equal

Your first concern when choosing a VPN has to be security, and there are a couple of issues here. The first is encryption. Different VPNs use different encryption protocols, and some of these are better than others (meaning some have stronger encryption, making your data safer). When you’re checking out websites of VPNs, they should clearly state which kind of protocol they use. Here’s an overview of the main protocols:

The other security question is whether a VPN is really enough. And the answer to that is almost certainly yes. If you’re in the UK and you’re not breaking any serious laws then a VPN should be more than enough to protect you. There are other ways of preserving anonymity online, such as Tor browsers, but these are really only necessary if you’re doing something hardcore (trying to access western internet sites when in a country that has strict surveillance and data laws such as China, for example).

VPNs use different standards of encryption too (basically, algorithms that are used to encrypt your data), to keep your data safe. In regularly available VPNs (that don’t cost a fortune), there are only really three choices for encryption, and again, when shopping, a VPN website should clearly state which standard they use:

So What Should I Be Looking For?

If you’re comparing VPNs, then there are a few things that you should be looking for:

A Word About Mobile VPNs

If you’re specifically looking for a VPN to use on your mobile then there are a few concerns that will affect you. Many VPNs drain battery power, have poor coverage, and eat up memory on mobile devices. Because of this, it’s best that you choose a VPN that’s specifically marketed towards mobile users. These generally have special features, like data compression and a smaller memory footprint, making them better suited to mobile users.

Can I Torrent Through a VPN?

Technically, the answer to this question is yes as long as the terms of service of the VPN do not specifically forbid torrenting. In fact, many people get a VPN because they believe it will safely allow them to torrent.

However, whether you choose to torrent or not, you should know that torrenting is illegal in the UK. By torrenting, you will be in breach of the Copyright, Designs and Patents Act of 1988, as well as the Digital Economy Act of 2010. You can be fined or even imprisoned for torrenting under both these acts. In addition, most ISPs (Internet Service Providers) forbid torrenting in their terms of service, meaning you could lose your internet connection or even be sued for breach of contract.

Many VPNs have servers in different countries, and choosing a server based on a country should be fine. However, you do need to be careful in choosing a VPN depending on which country the company itself is based in. We’ve already discussed this a little when talking about the Investigatory Powers Act. If you’re truly worried about privacy and you do not want VPNs to collect any information about you, you might want to avoid VPN companies that are based in the following countries. This is due to the laws of the home countries and how they require companies to collect and store data:

Fortunately, there’s a vast range of VPN companies that are based outside of these countries, so you should still have plenty of choices!

A VPN can be a great way of preserving your security and privacy online. The technical stuff behind VPNs can be quite complicated, particularly when it comes to encryption methods and protocols. However, actually using a VPN is pretty simple, and it’s not something you should be afraid of doing if you want better online privacy and security.

Using VPNs is perfectly legal in the UK, but you’ll need to choose your service carefully. With some research and careful shopping, however, you should be able to find a great service that works for you. Not everyone who uses a VPN is up to no good, and if you want a secure and private online experience, a good VPN service is the way to go.