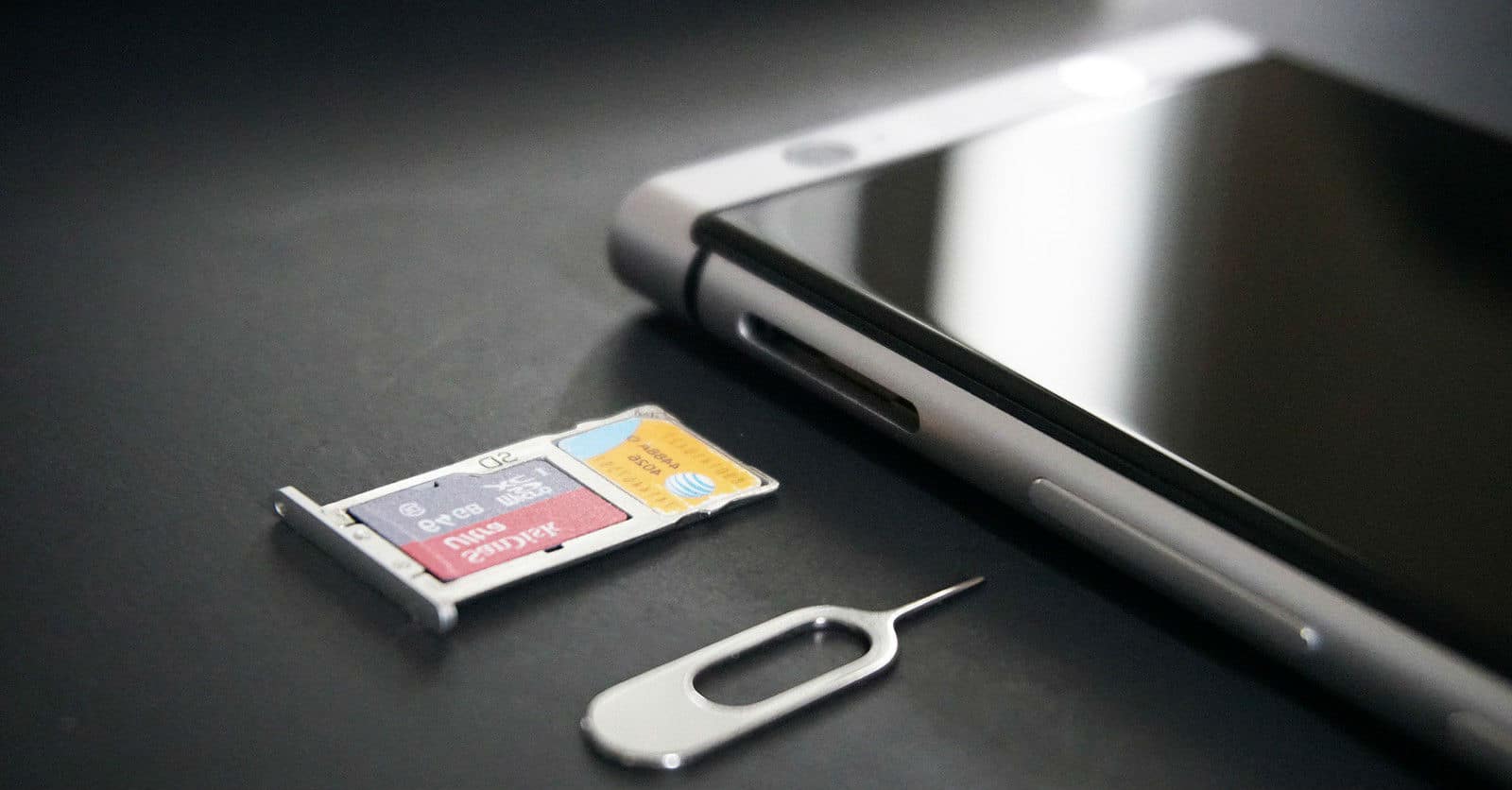 With so many people nowadays carrying a mobile phone, it should come as no surprise that criminals have spotted many opportunities to take advantage of our devices. Mobile phone theft and even scams are nothing new. But one kind of scam that you may not be familiar with is that of SIM hijacking, or “port out” scams. What are they? Who’s affected? How can you protect yourself? That’s what we’re here to find out.

Before we get into the scam itself, let’s first talk about the basic idea of a SIM card. A SIM, or subscriber identity module, is the little plastic card that fits into the back of your phone. As long as your phone is working, you probably don’t think too much about that SIM card. But it does something pretty important.

What your SIM card does is connect your phone to your mobile operator. It basically tells the operator that this phone is allowed to connect to the operator in question’s network. That means that you get service from, say O2 if it’s an O2 SIM card. That little plastic chip is your ticket to mobile service.

That all seems simple enough. So how is it possible to scam a SIM card?

What is SIM Hijacking? 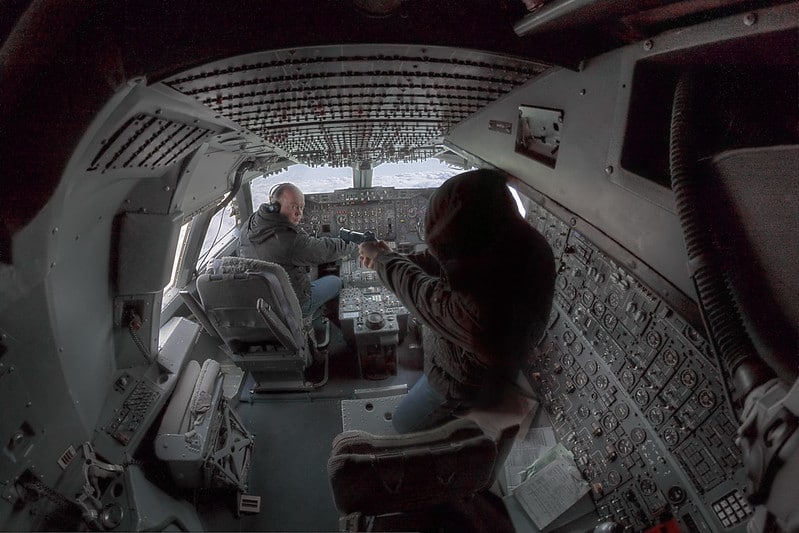 SIM hijacking, or port out scams, are more or less the same thing, though the method may vary a little depending on who’s doing the scamming. The basic principle is that somehow somebody gets control of your mobile phone number. They do this by hijacking your SIM card. There are various methods for doing this, but the end result is the same. The bad guy gets a SIM card that’s registered to your phone number.

You can probably already guess the basic consequence of this. Once a hijacker has a SIM card connected to your phone number, he can then use that phone number, therefore using a service that you’re paying for. However, there are other, more serious consequences that we’ll get to in a few minutes.

This scam hinges on one particular fact: no one phone number can have more than one SIM card attached to it. That means that as soon as the hijacker gets his hands on a new SIM registered to your phone number, your SIM stops working. But how does he get that SIM in the first place?

How Does it Work?

There are a few ways that a criminal can get his hands on a SIM card registered to your phone number:

The Port Out Version

The original version of this scam was known as the “port out” scam and it takes advantage of something that most of us think of as a convenience. If you wanted to change mobile operators, you’d probably want to take your phone number with you. Operators know this, so there is a system in place that allows you to take your number when changing contracts. You call your old operator and ask for a “Port Authority Code” or PAC. The operator gives you this code, and you give it to your new operator, which results in you keeping your old phone number with the new operator.

A wily criminal can use this to get hold of a SIM card registered to your number. All he has to do it get hold of your phone number. This generally isn’t difficult (just think about how often you’ve written your number down, used it to fill in an online form, or given it to someone you don’t know that well). Once he has your number, he’ll call your operator pretending to be you and will ask for that PAC. Then he’ll use the PAC to open a new contract with another operator using your phone number. He’ll get a new SIM card to go with that contract, and your current SIM will stop working. Bingo.

A simplified version of the port out scam is the lost SIM scam. In this version, the criminal simply calls up your operator (or hacks into your online operator account, or simply walks into a high street operator branch) claiming to be you, and saying that he’s lost his SIM card. In some cases, the operator will replace the SIM card, often for free, and again, the criminal has your phone number and your SIM stops working.

Alternatively, the criminal may simply bribe a customer service rep to hand over a new SIM. This happens, believe it or not. Or he might use social engineering, convincing a rep that he’s you by using the information he’s picked up about you online (again, easy considering how much info can be picked up from social networking sites). Or he might just luck out and get a rep that isn’t very good at his job and who doesn’t check ID properly. Any of these methods result in the bad guy getting a SIM card with your phone number attached to it.

What Are the Consequences of This? 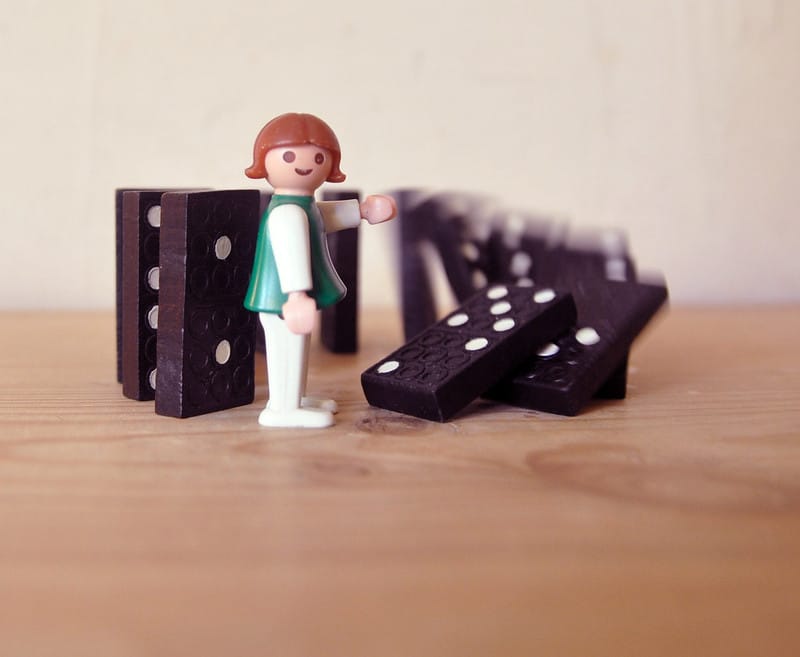 So far you might be thinking that this sounds like a pain, but it’s not a huge deal. Okay, so someone has your phone number and is using your minutes, texts, and data. But all you have to do once you realise that your SIM isn’t working is to get a new one, right? Then the criminal’s SIM card will stop working. But… there are far more serious consequences than someone just stealing your phone plan…

Many services nowadays require two-factor identification. Your banking app, your email, even social network sites, may require that not only do you log in but that you then enter a code that’s sent to your mobile phone number. With someone else in control of your number, that means someone else gets that security code, and with a little work can use it to enter your banking site, or somewhere else.

Of particular concern is your email. By claiming to forget your password, the criminal can apply for a new password, use the code sent to your phone number to verify it, and then have full access to your email (locking you out in the process). Once he’s in your email, there are all kinds of things he can do, just think about how much personal info he can find from your email box.

He can use a similar method to get control of your social networking sites, like Facebook, Twitter, and Instagram. Sure, he might play a few pranks on you, but he’ll also again have access to personal information. Even things as silly as your dog’s name, or your mother’s maiden name, are important. These things are often used as security questions, or even as passwords. If nothing else, this kind of information makes a criminal more believable if he’s pretending to be you…

Once a criminal has enough information about you, he can then build himself an identity, pretending to be you. And now there are no limits to what he can do. Maybe he’ll apply for a credit card in your name, or a loan, ruining your credit score. Maybe he’ll buy things online. Maybe he’ll steal money from your bank account or cryptocurrency account. The financial risk here is very real.

This isn’t just a matter of the inconvenience of having your phone not work for a day or so. There are some far-reaching and very serious consequences to SIM hijacking.

One of the scariest things about SIM hijacking is that there is no real risk group. We’re ALL at risk. Anyone who has a mobile phone, anyone who has a SIM card can be a victim. This isn’t a matter of being stupid, naïve, or foolish. It could happen to literally anyone. Criminals rarely deliberately target one person. They generally have long lists of phone numbers and try to gain control of all of them, and sometimes they get lucky. And their good luck could be your bad luck.

How Common is SIM Hijacking: Statistics and Facts 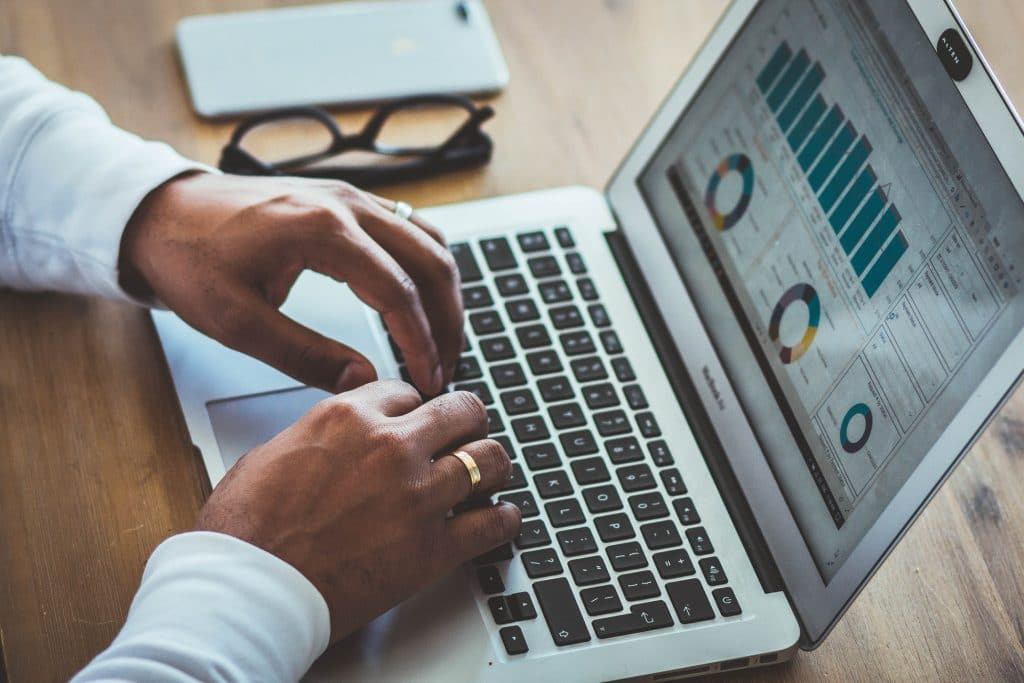 So just how common is SIM hijacking? It’s actually very difficult to get statistics on this, since many cases aren’t reported. You could be a victim without knowing what’s happening. In many cases, victims simply notice their phone isn’t working and replace the SIM card quickly, resulting in no real losses, and no official report. That means that actual numbers are likely to be higher than official numbers. However, there are some scary numbers:

What are the Warning Signs of SIM Hijacking?

Fortunately, as long as you’re observant it’s easy to know if your SIM has been hijacked. If your phone suddenly stops working and will not get service, then your SIM card has stopped working (this could be due to reasons other than SIM hijacking, but the response should be the same). You may or may not get a message from your operator saying that the SIM has been blocked. You may or may not get a pop up notification on your phone saying that the SIM is not recognised. Either way, it’s time to act.

What to Do If You Suspect Your SIM Has Been Hijacked 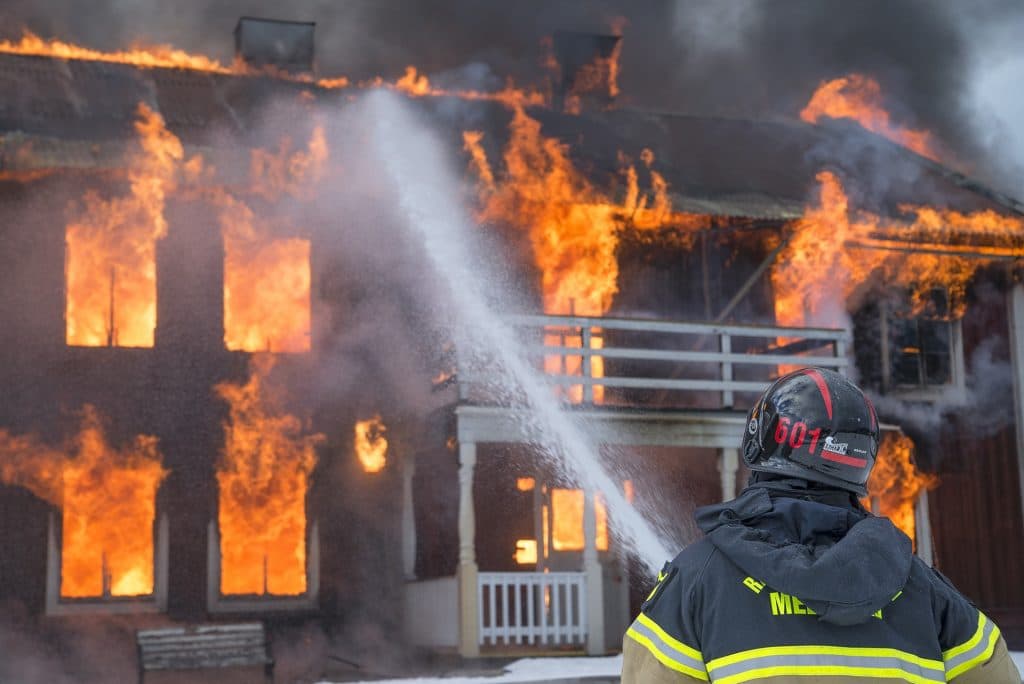 If you suspect that your SIM has been hijacked, then there are a few simple steps that you need to take care of (in this order!):

How Can I Protect Myself Against SIM Hijacking? 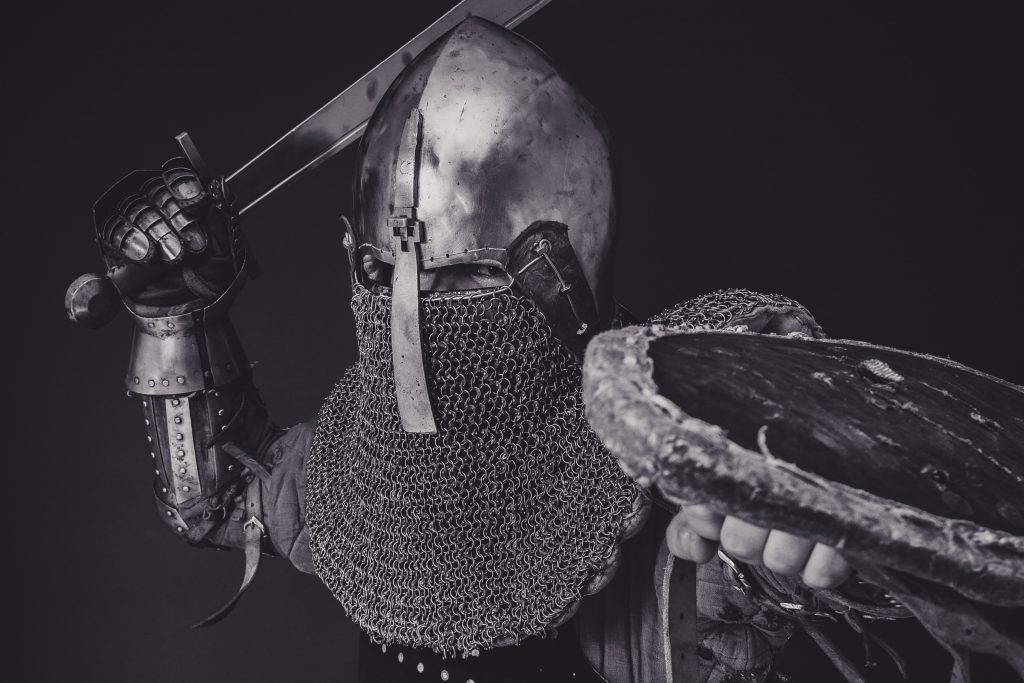 Protecting yourself against SIM hijacking isn’t easy, but there are a few things that you can do that will help keep you safe:

SIM hijacking is frightening because so much of it is outside your control. There’s actually very little you can do to completely protect yourself. And all of us are at risk. As long as you have a smartphone, you could find that you’re hijacked and that your financial business and even your identity are openly available to hackers. The best thing that you can do is be vigilant and be careful. That way, if you do happen to be hijacked, the damage will be minimized. 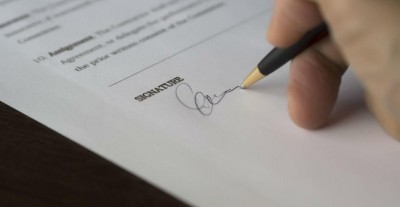