Don't understand the people saying it is slow. BT uses the EE network, and we all know that the BT own EE so how can the speeds be slow?

Find the best mobile phone deals using our easy to use comparison tool. We compare the latest handsets on every UK network and source exclusive deals you won’t find anywhere else. 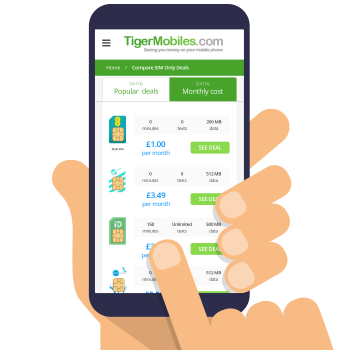 "Great deal on the family plan"

We have 4 SIMs on BT and the dicount works out great value. Good signal in my area and data speeds are up there with EE.

The coverage is fantastic, much better speeds than Three. Customer service, not the best but not had too many problems.

Got three SIM's on a family plan, Easy to manage and the savings speak for themselves. Happy with everything so far.

"Happy with my choice"

I recently switched to BT mobile. I was a little bit put off by some of the reviews here but I thought to give it a go. So far no problems, their 4G network has been flawless. I think they share the network with EE gut I looked at EE and for the same contact you need to pay £££ at least twice higher than BT, I got a very reasonable contract with the latest handset. Would definitely recommend.

Moved myself and family onto BT Mobile before Christmas. Fantastic savings on the family SIM's and I'm far better off than paying for three separatetly as I was before. Customer service can be a bit patchy but coverage has been solid.

My advice would be to avoid BT Mobile.

The one plus point is the network coverage, which is very good.

But unfortunately they are very expensive and you pay much more than some other networks for no real reason. I have moved to Three which is far cheaper for the data I need.

"Sorted out issues for me"

I had a few teething problems-with-keeping my number and initially had problems getting it sorted.

However, I escalated a complaint via resolver, which is fab if you need to make a complaint; when I got a call out of the blue from the BT High-Level-Complaints team, he was fantastic and knew there was a problem, sorted out-the, issue and put-£50.00 Credit into my BT Account.

No more issues since, the network has been running fine without any problems! Can't give 5* as should have sorted it without Resolver but all good now.

"Ok deal but quite expensive"

BT Mobile was my provider of choice when changing my sim. The sim deal costs me £23 a month and for that price I only get 10GB of 4G data. However I do get unlimited texts and unlimited minutes. This deal wasn't ideal since I was looking for a cheaper plan with more data but I'd heard good things about BT from a friend. I would rate the deal I received from BT Mobile as a 3 star since I would have liked more data for a more reasonable price. I wouldn't recommend BT Mobile to anyone else on a budget due to the pricing but I can't fault coverage or service so far. I am yet to try it abroad.

Very weak phone signal and poor service. I don't recommend it to anyone. They have set a trap with 30 days money back guarantee becuase if you miss the 30 days notice they will charge you £99.9 to end the contract. I wish I had read more the reviews before switching to BT mobile. Disappointing!

I decided to go with BT mobile when I received a letter about the service. Signing up online was easy and they have some of the best pricing for 4G contracts that I've seen. The selection of phones was pretty narrow really, but I'd bought a handset separately so this wasn't a problem for me.

They knocked £5 off as I am an existing broadband customer, so this is the cheapest pay-monthly sim I've ever had!

It's true that they don't offer as many services as some providers do, but for what I needed they are perfect and fairly priced.

Powered by EE’s network capabilities, BT Mobile offer customers 4G speeds with 99% population coverage. The firm made a comeback to the mobile sector in 2015 and subsequently acquired EE which still runs as an independent consumer division within the wider BT Group. So how does their offering stack up compared to EE’s in-house deals? We take a look in our in-depth BT Mobile review.

Our handy guide gives you all in the info you need to know on the 4G speeds you can expect, what extras you can get with BT, their tethering policy, roaming and all the other little things you need to know about BT.

BT Mobile provides an ultra-fast mobile network and excels with their family plan discount scheme. They’re not the cheapest and customer service can be lacking but overall we recommend them. Some customers will no doubt feel like they’re paying over the odds to part fund BT’s Premier League TV right expenses so if you’re looking for price conscious customers there are better choices out there.

The three things we dislike most about BT Mobile 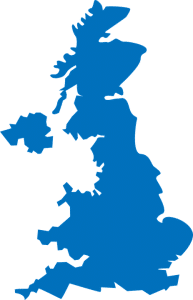 BT Mobile uses EE as their network coverage provider. So anyone using BT Mobile will get the same coverage as customers on EE. As a result, you will receive 99% population coverage for 4G, 3G and 2G.

EE is also working hard to continually improve their coverage geographically intending to reach 95% of the United Kingdom’s land mass by 2010.

Before you jump the gun and order your new BT Mobile deal, we recommend checking the coverage in your area and checking what you can expect in the places you use your phone the most.

When joining BT Mobile your default access will be to EE’s standard-speed 4G network, with most of their deals capping speeds to 30Mbit/s. If you live in an Extra Speed 4G coverage area, it’s possible to get access to Extra Speed 4G which has a maximum download speed of 60Mbit/s.

To get access, you will need to purchase the £4/month Extra Speed add-on (or have a BT Mobile Ultimate Plan and Max Plan where it’s included). The Extra Speed add-on is bundled as a 30-day rolling contract so you can add or remove it at any time.

Should you go for Extra Speed 4G? It depends on how much data you are using and what you use your phone for. For the average user, standard 4G is more than enough. Bear in mind you’ll be getting a connection that’s faster than many people’s fixed-line broadband. We recommend testing standard 4G first, and if it’s not enough for you, buy the add-on. 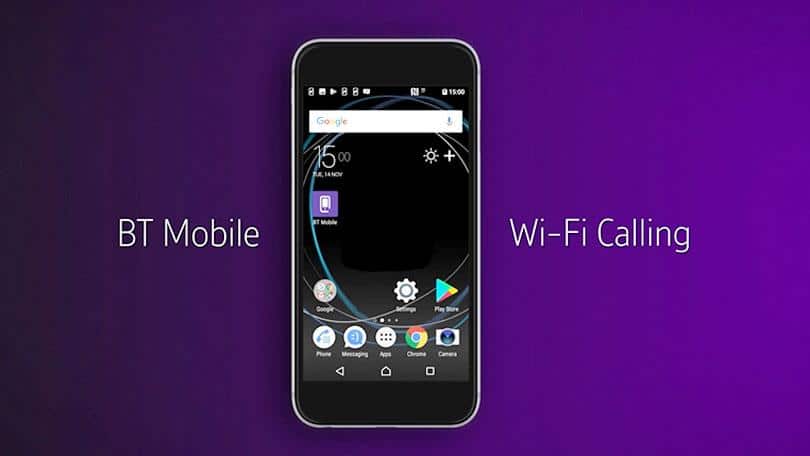 A relatively recent addition to the mobile network offering is Wi-Fi calling and BT Mobile launched their Wi-Fi calling service in April 2018.

For the uninitiated, Wi-Fi calling allows you to send calls and texts using a Wi-Fi connection without the need of a regular mobile phone signal. Regarding compatibility, Wi-Fi Calling will work on all Apple handsets from the iPhone 6 onwards, and some Android smartphones purchased directly from BT Mobile like the Galaxy S9 and Note9.

We wouldn’t call it groundbreaking or an essential feature, but it can come in useful if your signal is weak inside a particular building or underground. However, it’s device restriction means that it’s not accessible to everyone.

It’s a handy way of getting your devices online when you’re out-and-about and don’t have access to public wi-fi or prefer the extra security that a mobile network provides with their encrypted signal. When BT Mobile first launched tethering was prohibited in their terms and conditions, but a recent update means tethering is allowed on all BT Mobile tariffs.

BT’s primary service is without a doubt their fixed-line broadband, so it’s not surprising that they offer a considerable number of free public WiFi hotspots across the UK.

All BT Mobile customers get free unlimited access to the BT network of over 5 million Wi-Fi hotspots in the UK and even 13 million overseas. The hotspots can be found in a variety of public places like shopping centres, bars and cafes, plus on public transport like the London Underground.

Not everyone will use them, but with a wi-fi hotspot you won’t be using up your mobile data allowance when connected. Just remember that public Wi-Fi isn’t the most secure way of browsing the internet.

New EU regulations state that ever network in the UK must offer free roaming within the European Union on their monthly plans. That means no hidden or extra charges for using your regular minutes, texts or data.

BT Mobile call their commitment ‘Roam Like At Home’ and it is part of all their smartphone and SIM only contracts. The scheme covers 47 European destinations.

If you travel further afield, you will pay for roaming on a per minute, text and MB basis. For better roaming options take a look at Three which offers more destinations with their ‘Feel at Home’ policy.

BT Mobile gives you the option of setting a limit as to how much over your regular monthly cost you’re willing to spend. It’s possible to rack up extra costs with roaming fees, charges for going over allowances or calling premium services.

Rather than receiving a massive bill at the end of the month, once you’ve hit your spending cap limit, BT Mobile stops you from using any more services that will cost you extra. BT Mobile let you set a cap from £0 a month (meaning you won’t incur any charges) and they will text you when you’re getting near your limits.

Other Perks and Rewards

BT give existing broadband customers a £5 monthly discount on all mobile contracts which is a competitive offer and makes their plans amongst the cheapest when this discount is added. To qualify for the £5 discount, you have to live in a household with BT broadband, but you don’t have to be the account holder. 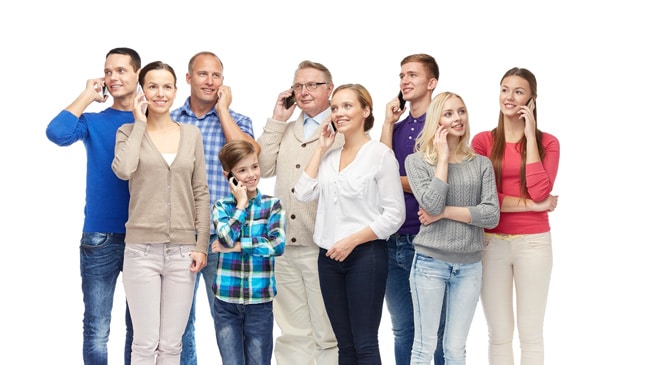 We’ve done an in-depth review of the best mobile phone family plans and BT Mobile is our number one pick right now. The BT discount works very simply; for every new SIM that you add to your account, they give you 20% off the standard price.

The other perk here is that all their Family SIMs are flexible with no tie-ins. as they’re just rolling 30-day contracts The benefit of easy to see savings, managing multiple contracts in one account and no significant commitments make BT Family SIMs the best multi-buy scheme on the market.

The more complaints that make Ofcom receives means that a mobile network’s customer service isn’t up to scratch at resolving their paying customer’s problems. BT Mobile is still a new player in the mobile market so they have only just made it into Ofcom’s reporting and the number of complaints per 100,000 has dropped in the most recent quarter.