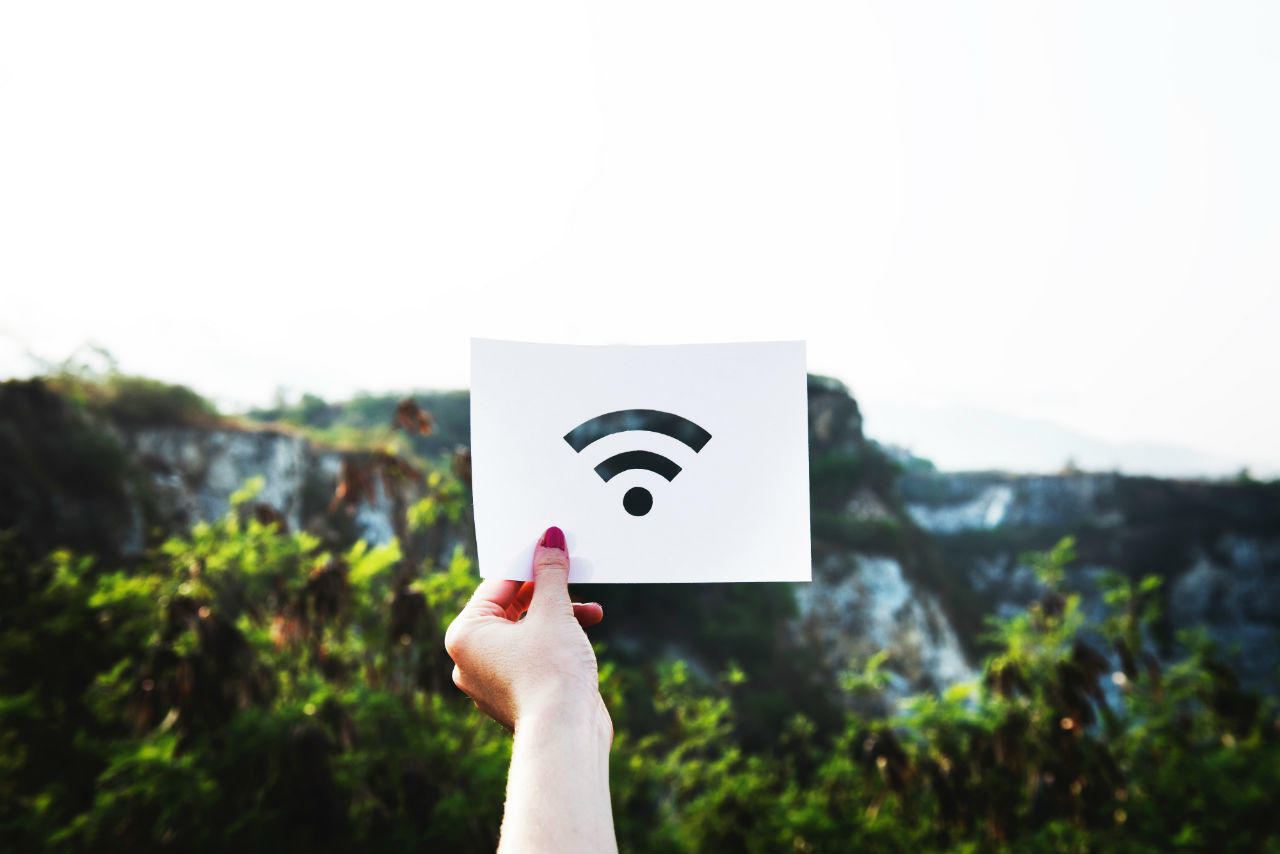 How to Secure Public WiFi

Public wifi spots can be very convenient. You get to go online and you don’t have to use your mobile data allowance to do so. However, public wifi isn’t a hundred per cent secure. In fact, depending on whose network you’re connecting to it might not be secure at all. If you’re going to be going online in public, you need to learn how to make your connection secure in order to prevent data theft.

What is Public WiFi?

There are many reasons why public wifi spots aren’t secure. Perhaps the owner of the connection hasn’t implemented good security. Perhaps the password gets handed out to hundreds of people a day. Public wifi hotspots are prime material for hackers since it’s easier to hack into computers using the same wifi connection as you’re using.

Using a public wifi hotspot can but you at risk of catching a virus or getting malware, but it also allows hackers (and sometimes even unscrupulous wifi connection owners) to more easily steal your data. And if you’re using that hotspot to sign into your online banking or something similar, that’s very bad news.

How Do I Protect Myself?

There are plenty of ways to protect yourself when using public wifi. We’re not going to tell you not to use it at all. The whole point of public wifi is the convenience, and as long as you’re appropriately protected there’s not a lot of risk associated with taking advantage of that convenience. But it’s up to you to do the work. The basic rules of protection when using public wifi are pretty simple and you don’t need much tech knowledge in order to make sure your connection is fairly secure.

BEFORE You Connect to WiFi

Before you even think about connecting to a public wifi source then there are a few things that you need to think about.

Your first step is always to be aware. Be aware that public wifi isn’t always safe, for a start. But also be aware of your surroundings. You don’t necessarily need to have your information stolen online. Something as simple as someone looking over your shoulder and seeing your passwords can be enough to put you at risk. Don’t leave your computer unattended, since a wrongdoer only needs to briefly plug in a flash drive to copy your information (and can do so and be gone long before you’re back from the toilet). And obviously, don’t lend your laptop, tablet or mobile to anyone else.

Knowing that things can go wrong and being aware of what you’re doing is a good percentage of the battle to protect yourself, though obviously, there are some other things that you should be doing too.

If you’re often online using public wifi do make sure that your updates are… up to date. Operating system updates and antivirus app or programme updates often contain security patches. In order for your device to be “safe” in very basic terms, you need to stay on top of those updates. Don’t delay them, don’t postpone them, install them

Sharing is an option that allows people who are on the same network as you to browse through your files. If you’re only online at home, this isn’t really a problem, but in public it can be. If you’re on mobile you’re fine, but if you’re on your laptop you’re not.

To turn off sharing on a Windows computer go to the Control Panel, hit Network and Internet, then Network and Sharing Centre. Then go to Change Advanced Sharing Settings and toggle off both Network Discovery and File and Printer Sharing.

On a Mac go to System Preferences, then choose Internet & Wireless, and click the little icon of a folder that says Sharing. A new window will pop up so scroll down that long list until you see File Sharing and untick the box next to it.

A firewall is basically a programme that protects your gadgets, keeping an eye on anyone who tries to connect to your device. It’s standard on most computers, but you do need to make sure that it’s enabled. This will help protect your device against anyone trying to infiltrate it.

If you’re on Windows go to your Control Panel and hit System and Security and find where it says Firewall. Make sure that the enabled option is turned on. On a Mac go to your Apple Menu, choose System Preferences, then Security (or Security and Privacy), hit the Firewall tab and make sure it’s turned on. Simple.

Get Rid of Sensitive Stuff

Finally, before you connect, you might want to think about what’s actually on your device. If there’s sensitive information (a password file, banking information, lists of credit card numbers, that sort of thing) it’s probably best that you get rid of all that stuff just in case. Just download them onto a flash, or leave them on your home computer. There’s really no need to take a foolish risk, so if there’s something there that you really wouldn’t want to be stolen then simply put that info elsewhere.

You’ve done what you can to protect your device and now it’s time to hook up to that public wifi source, so how can you make sure that you’re really safe? Again, there are a few things to think about here.

Your first step sounds like an incredibly simple one: make sure that you’re connecting to the right wifi hotspot. Sound stupid? Well, the easiest time for hackers to get at your data is when you’re logging in. And if a hacker is very smart he’ll set up his own wifi hotspot that’s almost identical to the public one. Maybe your local cafe has a hotspot called “cafe773,” so a hacker will set up his own called “cafe737.” That way, you might accidentally log onto his network, giving him full access to your info.

It might sound a little stupid, but it’s been known to happen. So do ensure that you’re logging onto the right hotspot, and if in doubt, double check the name with your waiter/barista or whoever owns the hotspot.

Some websites are riskier clicks than others, and we’re not talking about NSFW stuff here. Any site that’s connected to payment information like credit cards or bank accounts is a risk, since if you access those and you’re being watched online then a hacker can get important info. So stay clear of your internet banking, PayPal, and online shopping accounts when you’re on public wifi. Just save that stuff for when you’re at home.

You might also want to steer clear of social media sites and email since those will likely contain personal info too. The more a thief knows about you, the easier it is to crack your passwords. It might sound pretty limiting, but if you’re smart and you’re on public wifi you won’t go close to your Facebook or Gmail accounts.

And on a related note, visits to SSL sites are safer than visits to non-SSL sites. SSL stands for Secure Sockets Layer, and that’s basically an added level of security that the website itself adds to your business there. You’ll be able to tell which sites are SSL because in your web browser such sites will be marked in green or as “secure” to the left of the site name. Still, though, you’ll want to avoid payment sites and banking sites, even if they do have SSL

VPNs, or Virtual Private Networks, are a great way to protect your data and your privacy. In very basic terms, these networks firstly encrypt all your data (so it’s tough if not impossible to read) AND send all your data through a secure server. Normally, you log onto a website and data goes straight from your computer to the site. With a VPN you log into a website, your data is encrypted and then sent to the VPN server and then sent to the website.

The technicalities aren’t especially important, just know that VPNs make you safer. Plus, they’re a cinch to use. Simply download the VPN of your choice (there are tons of them, some paid, some free) and follow the instructions you’re given. Then, when you’re logged onto your public wifi spot and open your web browser, click on the VPN icon that the programme will install for you, and you’re good to go. VPNs are available for mobiles as well as tablets and computers.

Even with a VPN though you’re not 100% safe, so we’d still advise NOT accessing your online banking or anything connected to payment info.

And that should be all you need to know about keeping yourself safe on public wifi. A public wifi hotspot is definitely convenient, but it’s also a risky proposition, and it’s really up to you to protect yourself from data theft.