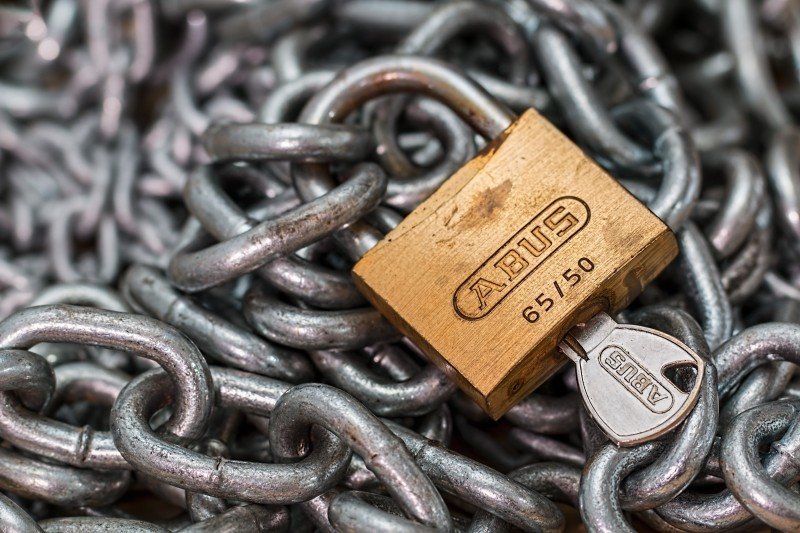 There are very few people nowadays that don’t have some kind of online presence. And this means that any one of us could be the victim of identity theft. Identity theft is far from being a new crime, but with more of us conducting personal business and storing data online, it’s a crime that’s becoming increasingly easy to pull off. What exactly is identity theft? How prevalent is it? How can you protect yourself? That’s what we’re here to find out.

What Is Identity Theft?

Identity theft is a very broad crime. In basic terms, it means getting hold of personal identifying data that allows a thief to assume the identity of someone else. This might be as simple as finding an email password that allows someone to send an email in your name, or as serious as stealing addresses, credit card numbers, and other data in order to take out loans, credit cards, and even mortgages in the name of another person. Identity theft is a real risk, and it’s something that happens every day.

According to CIFAS (the Credit Industry Fraud Avoidance Scheme) and their annual Fraudster report on fraud in the UK, there were 174,523 incidents of identity fraud in the UK in 2017. Eight out of ten of these cases occurred online. This is a 1% rise over 2016 and a massive 125% rise over 2007. Identity theft is a growing problem.

The numbers are pretty frightening, and identity theft is not something that we’re overestimating here. Just take a look at some of these figures:

Who Is At Risk?

The truth is that anyone is at risk, as the statistics clearly show. No one is safe from identity fraud, no matter your demographic:

What Exactly is Happening?

Identity theft occurs when a thief gains information about you that can then be used for financial gain. The truly terrifying thing about identity theft is that the smallest piece of your data can be used against you. This might be your credit card number, your home address, even your phone number. It could be passwords to your email accounts, or online banking. Once a thief has collected the information he needs about you, he can then use it in a variety of ways. He may use it to take out a credit card or loan in your name, for example. He could use it to get a driving licence or even a passport. The possibilities are truly endless. According to ActionFraud, the UK police fraud division, identity theft is used to:

To illustrate how easily this can happen: think about how often you’re asked to create a security question involving, say, your mother’s maiden name. Now think how easy it would be for someone to find your mother’s maiden name using only public records. Once a thief has the information he needs to successfully answer that security question that protects your online banking site, for example, he’s able to get into your finances. One small piece of seemingly unimportant information could be enough to empty your bank account. We’re not talking super hackers here, we’re talking about patient researchers who are simply looking for information.

However, CIFAS has found that the most common use for data stolen in the UK is telecoms, online retail, and insurance. This means that in the UK your identity is most likely to be used to get a mobile phone contract, for example, or to open an online account with a retailer like Amazon, or to take out short-term loans. This is simply because these things are easier to do, and checks are less stringent than when taking out a major credit card, for instance.

CIFAS also reports that a growing trend is for thieves to access emails or bank statements, and then pose as someone you have already had contact with to get more information. Perhaps they pose as a builder you have recently hired and ask for your credit card number, for example. This is a form of phishing and is an effective way to get personal data.

What Are the Consequences of Identity Theft?

The most obvious consequence of identity theft is financial. You may find your bank accounts drained, your credit cards run up, or even with massive debts in your name. As part of this, you may find that your credit score has been ruined, making it difficult to apply for contracts, loans, mortgages, and new credit cards.

However, there can be other consequences. In some cases, particularly in the US, thieves have taken on the identity of an innocent person and gone on to commit crimes that the innocent person has then been arrested for. Consequences may also be a question of reputation, particularly if someone has taken over your email accounts or social media accounts and posted things in your name.

The consequences of identity theft can take months or even years to uncover and sort through, and clearing your name (and credit report) completely may not be possible.

Why Does This Happen?

The basic reason that identity theft happens is that we are not always as vigilant about protecting our data as we should be. Take a look at some of these statistics:

Without the knowledge to protect yourself, and the willingness to follow through with basic online security, you too could be a victim of identity theft.

How to Protect Yourself from Online Identity Theft

There are several things you can do to protect yourself from identity theft:

In addition, ActionFraud, the UK anti-fraud police department, also recommend that you:

If you need further advice about protecting yourself from fraud you can call ActionFraud at 0300 123 2040 to talk to a specialist fraud adviser.

How Do I Know If My Identity Has Been Stolen?

In all honesty, it can be very difficult to know if your identity has been stolen, right up until the consequences get very bad indeed. But if you’re especially vigilant, you might be able to nip things in the bud. Here are some things to look out for:

Again, identity theft can be difficult to diagnose, and none of the above definitely mean that you have had your data stolen. Be aware, check your statements and bills, and regularly order a credit report to ensure that your financial status is as it should be.

What Should I Do If I Think My Identity Has Been Stolen?

If you suspect that your identity has been stolen, then there are several steps that you should take:

Do not panic. This process may seem overwhelming, but ActionFraud, in particular, will lead you through all the specific steps that you need to take in your personal situation. Should fraud be proved you are unlikely to be responsible for any debts incurred in your name.

Identity fraud isn’t only a personal matter. Occasionally, big companies have data breaches, meaning customer or consumer data is leaked or stolen. Identity theft can occur using information gained from one of these breaches.

There is no real way that you can protect yourself from this happening (since the fault is on the side of the company that is breached, rather than on you). Sticking with reputable, well-known companies for financial matters, however, should help avoid more serious consequences. However, even large, reputable companies do get breaches from time to time.

If a data breach does occur the company in question should inform you either by mail or email. It is then your job to ensure that any data leaked about you cannot be used against you. This could mean changing a password for an account or keeping a close eye on your bank statements or credit reports for a while to ensure nothing is going wrong. It all depends on the situation and what kind of data was leaked. If you are in any doubt about what to do, simply call the company in question and ask for advice. Any communication they sent you regarding the data breach should include contact information.

With over 500 identities being compromised every day in the UK alone, identity theft is a rapidly growing problem. There is no 100% guarantee that this will not happen to you. But being aware of the problem, potential solutions, and signs of your identity being compromised should all help minimise the consequences. Stay alert, and remember, online data is never completely secure.