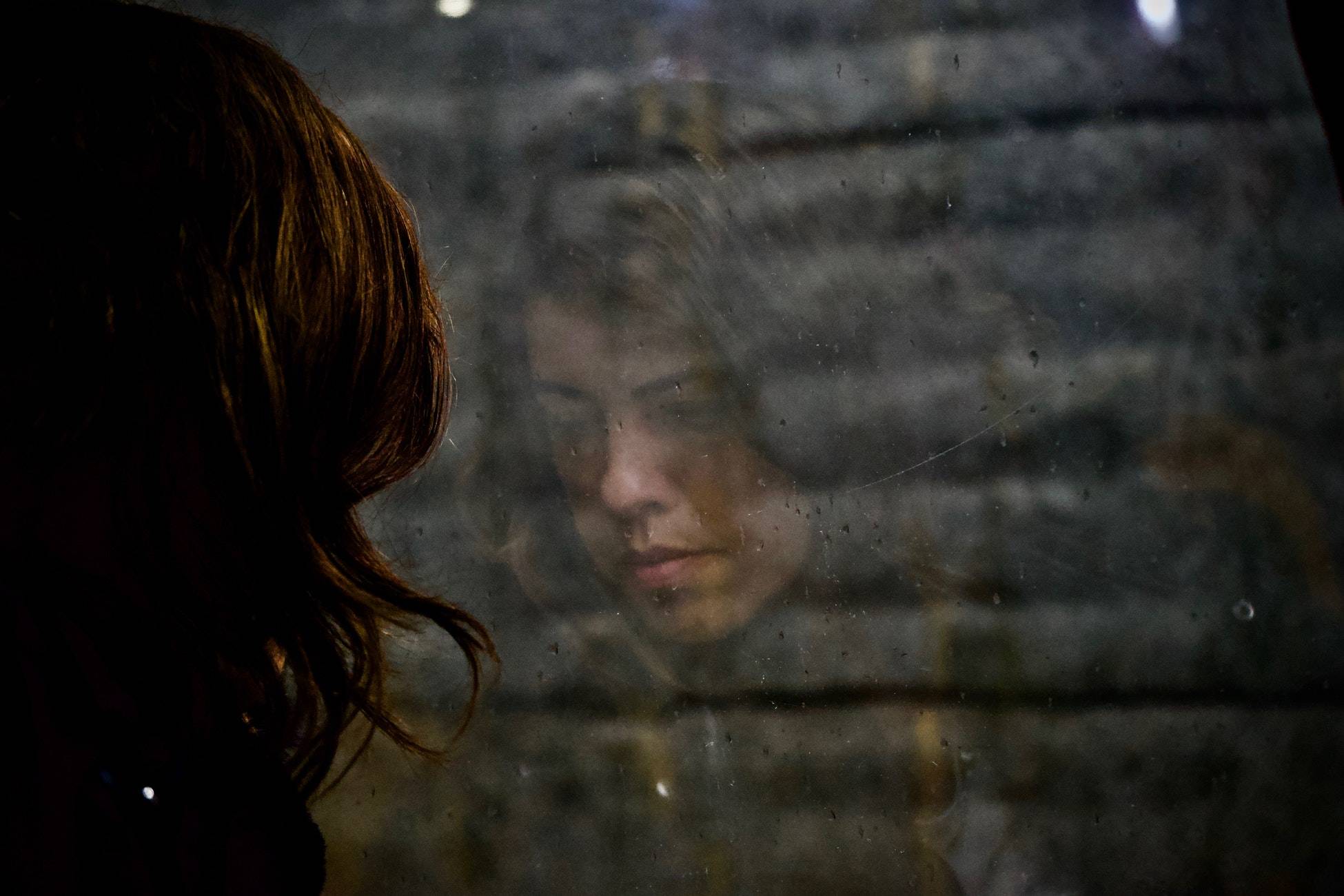 Cyberbullying Statistics 2018: All the Facts and Numbers

Having fast and reliable internet access has many benefits for kids and teens. With the ability to get information for homework or self-study, to endless entertainment possibilities, having an internet connection is seen by many young adults as a must. But alongside all the positives do come some negatives. Cyberbullying is far from a new trend, and it’s one that’s rapidly growing. And the numbers are pretty frightening…

In the past, bullying was something that happened on the playground or in the streets. Nowadays that bullying culture has moved more and more towards the online sphere. Cyberbullying is basically bullying that takes place online, and contains many facets, for example:

Cyberbullying can happen anywhere online, though it mostly takes place over social media such as Facebook, Instagram, and Twitter. However, bullies also lurk in online forums, or simply directly message their victims using email, SMS or other messaging services.

Why Should Cyberbullying Be a Concern?

There are many reasons that cyberbullying is something that you should worry about if you have children or teens in your home, such as:

Cyberbullying by Numbers: How Prevalent is the Problem?

We’re not overstating matters when we say that cyberbullying is a very big problem indeed. It can be difficult to get reliable statistics on cyberbullying, or bullying in general, simply because many victims don’t come forward. But there’s still plenty of research out there that indicates cyberbullying is a big issue for teens.

According to the NSPCC, one in three internet users is a child, and three-quarters of 12 to 15 year old have some kind of social media account. A quarter of those under 18 on social media have experienced something upsetting online. Further, a study from OFCOM done in 2017 suggests that around 1 in 8 young adults have been bullied online. But the National Crime Prevention Council says those numbers are far higher, suggesting that a massive 43% of children have experienced online bullying.

Ditchthelabel.org, an international anti-bullying charity, estimates that around 5.43 million young people in the UK have been the victims of cyberbullying, with 1.26 million people suffering extreme cyberbullying on a daily basis. These huge numbers are backed up by the fact that Childline has seen an 87% increase in calls concerning cyberbullying in the last three years.

What and Where: The Numbers

And there’s a wide range of horrifying statistics showing what is happening and where it is happening. A 2016 study from the Cyberbullying Research Center states:

The same study finds that teen girls are more likely to be affected than boys (36.7% versus 30.5%), though around a third of all teens reported some kind of online harassment. And Public Health England has found that social status impacts bullying, with teens from more affluent families more likely to be cyberbullied. As for where cyberbullying happens, an American study from the American Journal of Public Health suggests that the majority of cyberbullying occurs over Facebook and via text message.

Consequences of Cyberbullying: The Numbers

The consequences of being bullied are wide-ranging and vary from temporary effects down to long-term, or even fatal, endpoints. Nobullying.com released a report in 2017 that states:

Additionally, another study suggests that 64% of bullied children believe that being bullied has harmed their academic records and ability to focus in school. There is also research that suggests that youths that have suffered cyberbullying are nine times more likely to be the victims of identity fraud than those who have not.

What Do Teens Do?

Being young adults, teens often turn to their own ways of dealing with problems, and cyberbullying is no different. The National Crime Prevention Council has found that teens respond to cyberbullying in the following ways:

But the most worrying of all these statistics is that only 11% of teens troubled by cyberbullying spoke to their parents about the problem.

How Can We Prevent Cyberbullying?

The first step towards prevention is to communicate. It’s important that your child knows that cyberbullying exists and that it’s unacceptable behaviour. Give your child examples of cyberbullying so that they understand exactly what you’re talking about, include things such as:

In addition to communication, the National Crime Prevention Council recommends that you:

The UK Department of Education also recommends communication to help prevent bullying. In addition they suggest placing boundaries on children’s internet use and investigating parental controls where appropriate. This might mean not allowing children to be online after a certain time, or requiring that they share social media passwords with you so that you can oversee what is happening.

How Do I Know if My Child is Being Bullied?

Cyberbullying can be very difficult to keep track of when you combine privacy settings on accounts and the natural embarrassment of the victim. But there are a few things that you can watch out for. In their guide to preventing cyberbullying, the Department of Education recommends looking out for the following signs:

What to Do If You (Or Your Child) Is Being Bullied

If you find that your child is being bullied online then there are several things that you’ll need to do in order to bring things to a stop.

Take screenshots, download messages, take photographs. Keep all the records that you can of incidents of bullying in order to provide proof.

You can report incidents of bullying to moderators in appropriate forums, to internet service providers, and to social media platforms themselves (generally by going into the help settings of the menu of the app, or by hitting something like “report this post” on a post itself). You will find resources for contacting platforms below this section.

If classmates are involved then it’s a good idea to bring the school into the loop as well. Schools should have procedures in place for what to do in cyberbullying situations, and they can also keep an eye on what’s happening to your child during the day.

Go to the Police

You can also report cyberbullying to the police. You will NOT be ignored, the police do take online harassment very seriously, though you will need some proof. In the case of physical harm being threatened then a police report should definitely be made.

If you want to report inappropriate conduct to an online platform then procedures do vary. Below you’ll find links to instructions for reporting cyberbullying to most of the major platforms that kids and teens use:

If bullying is happening via mobile phone, you can also report incidents to the mobile providers concerned. Simply go to the website of the operator and hit the “contact” button to get further information on reporting misuse.

The Legalities of Cyberbullying

Currently, the UK does NOT have any laws specifically forbidding cyberbullying. However, there are many current laws that can apply to certain cyberbullying situations. These include things such as the 2013 Defamation Act, the 1988 Malicious Communications Act, the 1997 Protection from Harassment Act, the 1990 Computer Misuse Act, and Breach of the Peace in Scotland. Should you decide to pursue a legal case against an online bully there are avenues open to you, but you’ll need to contact a solicitor for some solid legal advice, or the Citizen’s Advice Bureau for further information.

Many teens and children experience long-term effects after being cyberbullied. These include decreased self-esteem, anxiety, and physical symptoms such as nightmares. Childline has some excellent resources for recovering from bullying, which includes advice such as:

It’s important that parents and carers don’t assume that a child is fine just because bullying has stopped. The effects can be long-lasting.

For the most part, having internet access is a huge advantage to kids. But there’s a dark side as well. Cyberbullying does happen, and it happens often. Bullying online is often easier to get away with, since it can be anonymous, and doesn’t involve confronting someone in person. If you suspect that your child is being bullied, or is bullying someone else, there are things that you can do. But the first step is being aware of the problem and knowing where you can turn to for help.