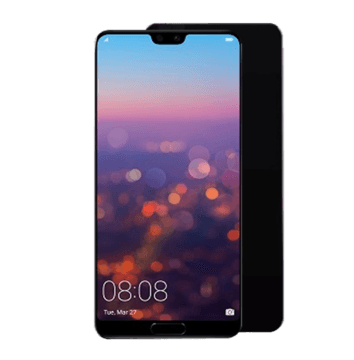 About the Huawei P20 Pro

Chinese manufacturer Huawei have made their reputation by supplying better than average specs at lower than average prices. But Huawei aren’t only about budget phones. Their top end P20 line has models that can compete against the likes of the iPhone and Samsung Galaxy. The biggest of the range, the P20 Pro, is being marketed as a serious camera phone. Is the world ready for a triple lens camera? Huawei certainly thinks so.

Why should you be dying to get your hands on the P20 Pro? It’s got tons of power, it’s got a large phablet screen, and of course, there’s that triple rear camera. If you’re looking for a top end phone that takes top of the line photos, then the Huawei P20 Pro is going to be an excellent choice.

The P20 Pro is a very good looking mobile. Tight curves, slim edges, a sharp profile, and a graded shining hardened glass backplate come together to make this a very attractive device indeed. It’s light due to a glass and metal build, but it’s also slightly slippery, which makes a case essential. Despite its size though, the P20 Pro feels pretty good in the hand, solid and well built. And finally, there’s that front screen notch, first seen on the new iPhone, which houses the front camera lens.

Aside from its looks, the P20 Pro has some very impressive internals. There’s plenty of processing power and RAM, there’s a solid big display, and of course, there’s that stunning camera set. Throw in a few nice extra features and you’ve got a real flagship phone.

It’s good looking, it’s got the specs to back up those looks, what more could you ask for from a top end mobile? And the P20 will run you £100 or so less than the average flagship, so your wallet will be happy too.

You’re getting an Android device, and the P20 Pro runs the newest Android 8.1 Oreo out of the box. You’ll get the added security and stability of a new operating system version, alongside some nice new features. Split screen ability and better notification management are just two of the highlights of Oreo.

We just can’t fault the P20 Pro when it comes to performance. There’s no lag, no freezing, just fast, responsive action. The P20 Pro can take anything you throw at it and then just ask for more. Even the most demanding user will be more than satisfied.

This is a phablet device, so we’re expecting a large screen, and you get a full 6.1 inches of display space here. That makes for both comfortable typing and viewing, but does mean that one handed use is close to impossible, and the P20 Pro doesn’t exactly slide easily into the average pocket.

You’re getting the new 18.7:9 screen ratio, and most apps are optimized for this. In terms of resolution the display is 1080 x 2240, giving you around 408 PPI, and it is an AMOLED screen. Images are sharp and clear, colour reproduction is excellent, and thanks to added IPS tech, viewing angles are great too.

This isn’t the 4K display that we’re seeing on some top end phones, but despite that, the P20 Pro doesn’t disappoint. It’s a true pleasure to look at, whether you’re watching HD video, gaming, or just surfing the web.

And here’s where things get really interesting. Cameras are a big selling point on the P20 Pro, and they are amazing. At the front, you have a huge 24 MP, f/2.0 cam. For video calling and selfie-taking, that’s going to be more than good enough.

In short, this is one of the best mobile camera sets around bar none. You’ll be taking awesome shots in any kind of light, action or still, it just won’t matter. If you’re serious about mobile photography, then this is the phone for you.

As a flagship phone, the P20 Pro has plenty of special features, but we do need to give special mention to a few of them. Firstly, the fingerprint sensor is front mounted (which could be a deal breaker for some), but gives you added security and access to online payment services. You do also get facial recognition to unlock.

If you’re looking for great battery life, then look no further. You’re getting a massive 4000 mAh battery which should be more than enough to last you a day even with that big power-draining screen. There’s no wireless charging, but you do get quick charge tech thanks to USB-C fast charging. There’s no headphone jack here though, which again could be a deal breaker.

On top of that, the new chipset makes the P20 Pro perfect for newer, more power intensive gaming, so mobile gamers will be more than satisfied.

If you’re looking for a top end phablet mobile then the Huawei P20 Pro deserves your attention. With loads of power, a huge screen, and fantastic triple rear camera, this is a mobile that really ticks all the boxes. If you’re shopping for a top of the line camera phone, then the P20 Pro is going to be a fantastic choice.

Connectivity is what you’d expect, so you’re getting WiFi, 3G, 4G, and Bluetooth as well. You do get 128 GB of internal storage, which should be enough for most people. However, there’s no SD card slot, so you won’t be adding any external storage.

Right, so what don’t we like? We’ve got to say that there isn’t much. We would prefer the option to add an SD card, but with 128 GB of internal memory it really shouldn’t be necessary. The lack of headphone jack is a bit of a pain, but is becoming standard for top end phones these days. The bottom line though is that we love the P20 Pro and think that you will too. If you want a serious top end phablet with great photography abilities, then the Huawei P20 Pro is going to be the model for you.