Get started comparing deals on the iPhone XR with the Tiger Mobiles comparison tool. The most affordable choice in Apple’s 2018 line up, the XR has a lot to offer for those on a stricter budget. You get a big screen, plenty of power, and some decent cameras too. Could this be the new iPhone for you? Start by checking out our awesome deals on the iPhone XR below. 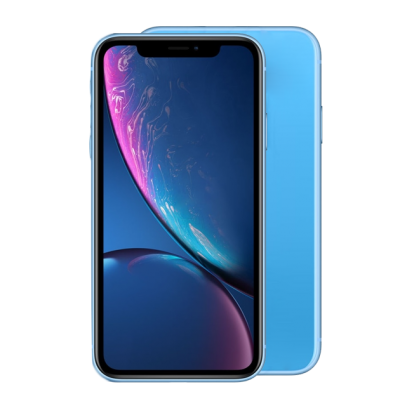 About the iPhone XR

Recently, Apple have taken to releasing three new models a year, rather than two. But with the mobile giant making some of the best selling devices around, is there really room for something new in the range? Apple thinks so, and their newest budget iPhone, the XR, is a pleasant surprise. It’s not often that iPhone users can shop on a budget, but the XR proves that there really is a market for a cheaper iPhone.

Why should you be itching to get your hands on one? There’s a huge display, which is nice to see on a budget phone, as well as plenty of power and good performance specs. There are nice cameras too, plus some classy extras. This isn’t a cheap phone by any means, but when compared to the rest of Apple’s line up it’s a bargain. Fortunately, it’s also a very good phone indeed.

Key Features on the iPhone XR

This could only be an iPhone. From those slim lines to those elegant curves, this is unmistakably Apple. The XR is a little chunkier than the more expensive XS models, but that just makes it sit more securely in the hand. And that glass and aluminium build keeps it lightweight whilst giving it a luxury feel.

Aside from some good looks, you’re getting some nice internals as well. There’s plenty of power and Apple’s new chipset, there’s a decent big screen, solid cameras, really everything that you could be looking for in a great new mobile.

Yes, this is a budget iPhone. But no, it’s not a budget phone per se, you’re still looking at paying a pretty penny. But if iPhones are your thing and you can’t pay £1000+ for an XS, then the XR is a fantastic little compromise.

Apple are pretty tight-lipped about their processor specs, but it seems that the XR isn’t terribly different from the pricier XS models when it comes to power. You get hexa-core processing power plus Apples A12 Bionic chipset, the only real difference is that you get 3 GB of RAM (the XS models come with 4 GB). On the whole, you’re looking at a phone that’s fast and responsive, which is always a good thing.

Obviously, you’re getting an iOS device here. You’ll be running iOS 12 out of the box, the latest rendition of the operating system. This gives you more speed, stability and security, plus some new features. There are animated emojis, group facetime chat, shortcuts for Siri, and a host of other little tweaks that just make iOS more pleasant to use than ever.

Given the price difference between the XS and the XR models, performance is actually very similar. The XR is super fast and super responsive. Whether you’re multitasking or just a demanding user, the XR is sure to satisfy.

The display is where we get our first compromise. Firstly, this is a huge 6.1-inch screen. That gives you loads of room for typing and video watching. However, it does mean that this isn’t a phone for those with small hands, nor will you really be using it one-handed. It does have the newer 19.5:9 screen ratio.

The compromise comes in resolution. The XR isn’t as HD as the XS models. You get 828 x 1792 pixels, so about 326 PPI. However, that picture is still crisp. This isn’t an AMOLED screen, it’s an LCD, but colour reproduction is very good. You also get IPS for great viewing angles.

No, this isn’t the kind of screen we’re seeing on the XS. However, you’d be hard pushed to know that unless you were looking at the two devices side by side. The display on the XR is actually very good, bright and clear, and even with HD video you’re still getting something very nice to look at.

Apple have a growing reputation for making great cameras, and the XR is no exception. Up at the front in that infamous notch you’re getting a 7 MP, f/2.2 aperture, 32 mm HDR camera. So your selfies will be on point, and video chatting looks great.

Around at the back we’re seeing a single lens camera (not the dual lens seen on the XS models). It’s a 12 MP cam, f/1.8, 28 mm. And there are tons of camera features. You get phase detection autofocus, optical image stabilisation, and quad LED dual-tone flash. Plus there’s all the normal bells and whistles like HDR, panorama, geo-tagging and face detection.

Pictures taken on the XR look great. This isn’t the best camera set around, but it is a very, very good one. And if you like snapping away, then the cameras on the XR are going to be a real selling point for you.

Despite this being Apple’s budget choice, we’re seeing quite a few special features. This is an IP 67 rated phone. That means that it’s dustproof, and waterproof in depths of up to a metre for up to thirty minutes. Water resistance is always handy in a new phone.

You’re getting face detection, so there’s an added layer of security there. And along with face detection comes to access to Apple Pay, Apple’s digital wallet and payment service, which is pretty convenient.

In terms of battery life, you’re getting a nicely sized 2942 mAh battery on board, and that’s rated for around 25 hours of active talk time. When you do need to charge up though don’t forget that you get wireless charging. And there’s also quick charge tech that will give you a 50% charge in just half an hour.

There are three model variants for the XR. A small 64 GB version, a medium 128 GB version, and the large 128 GB storage version. However, there is no SD card slot, so you won’t be able to add in any extra memory. There’s also a choice of colours, with the XR coming in red, blue, yellow, black and coral.

The good news here is that the XR is such a major release that you’ll likely find it for sale with most UK operators, giving you plenty of buying choices. The bad news is that despite being the budget-friendly model in the lineup, the XR still isn’t cheap. SIM-free you’re looking at paying £749 for the 64 GB model, £799 for the 128 GB model, or £899 for the 256 GB model. On contract, you’re probably looking at prices from around £40 a month or so, with upfront costs going anywhere from £0 to £129.

Those shopping for the XR on contract need to keep data limits in mind. This is a fast phone with tons of online features, so you’re likely to be using a fair amount of mobile data. Look for big data packages in your contract to avoid going over your data limits. Also look for 4G data, rather than slower 3G. Those who rely on WiFi though could get savings by opting for a low data contract, so do consider this.

In terms of savings on buying the actual phone, don’t be too hopeful. Even during traditional sale periods Apple rarely drops iPhone prices. We’re unlikely to see discounts on the XR until September 2019 when the new iPhones are released. If the XR is too pricey for you, then we recommend looking at older iPhone models to save money. You can also wait three months or so, until the beginning of 2019, when we’re likely to see more refurbished handsets on offer.

If you’re shopping for an iPhone but don’t want to spend over £1000, then the iPhone XR is going to be a great budget-friendly option for you. It’s got top end performance, and solid camera and screen specs. Plus, there are plenty of contract choices to choose from. A new iPhone doesn’t have to cost a fortune, and the iPhone XR is a fantastic device.

Let’s face it, iPhones are expensive. But the 2018 iPhone XR is definitely the most affordable iPhone we’ve seen for a while. That doesn’t mean skimping on specs though. We’re digging that big screen, there’s plenty of power here, and even the cameras are solid. Saving money doesn’t have to mean making sacrifices. The iPhone XR is a great buy, and one that even demanding users are going to love as much as we do.