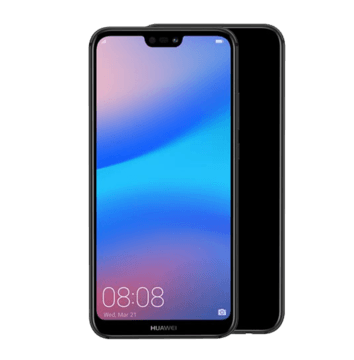 About the Huawei P20 Lite

Huawei have made a splash on western markets, mostly by putting out high specced phones that have very reasonable prices. Their new flagship P20 range is pretty expensive though. But Huawei have released a budget version of the flagship model, the P20 Lite. Does the Lite sacrifice too much just to get a lower price tag? Huawei doesn’t think so, and whilst a few specs have been lowered, the P20 Lite ends up being a great mid-range device.

Why should you want one? It’s got a great design, it’s got plenty of power, it’s got decent cameras and a big screen, and it’s even got some nice special features. And then there’s that price tag, solidly mid-range. If you’re looking for a great mobile that really looks the part and doesn’t sacrifice when it comes to performance, then the P20 Lite is going to be a very good choice indeed.

In looks, the P20 Lite is almost identical to its big brother, the regular P20. A slim profile, sharp edges, tight curves, it’s a good looking phone. You get the same front screen notch (as seen on the iPhone) that houses the front camera, you get the same metal and glass build. The only thing you don’t get is the option for the colour gradient on the back, the P20 Lite is solid colours only. But it feels solid and well built in the hand, and gradient colours aside, this is a fantastic looking phone.

The P20 Lite isn’t all about looks though. You get plenty of power and RAM under the hood, there’s a satisfyingly big screen, some decent cameras, and even a few nice special features thrown into the mix as well.

In short, this phone looks like a flagship phone, it performs almost as well as a flagship phone, and yet it’s a fraction of the price. If you’re shopping for mid-range mobiles, then you definitely need to consider the P20 Lite.

Just because you’re going midrange doesn’t mean that you shouldn’t be looking for great performance. The P20 Lite gives you octo core processing power with a quad-core 2.36 GHz and a quad-core 1.7 GHz processor running side by side (pretty much the same processing power as the regular P20). You get 4 GB of RAM too, so this is not only fast, but also very responsive.

You’ll be running Android on the P20 Lite, and you get Android 8.0 Oreo right out of the box. This newest OS version gives you more stability and security, as well as new features. The biggest changes in Android 8 are probably better notification management, as well as better split screen use.

If sacrifices have been made to make the P20 Lite affordable, they haven’t been made here. You get the same fast processing power as the regular P20, and the same amount of RAM. Basically, you’re getting flagship performance for a far lower price.

And you’re not making many sacrifices when it comes to the screen either. The P20 Lite has a 5.84-inch display, giving you plenty of room for typing and viewing. And you get a 19:9 screen ratio too.  This screen is pretty large, so one-handed use is difficult, something that you might want to keep in mind.

Resolution wise you’re getting 1080 x 2280, again, more or less the same as on the regular P20, which gives you around 432 PPI. The LCD screen is crisp and bright and gets great colour resolution. Add in IPS for fantastic viewing angles, and you’ve got something that’s beautiful to look at.

Again, you’re getting more or less the same as you’d find on the flagship P20 on the P20 Lite. The display here is great to look at, and perfect for gaming, viewing, or just web surfing.

However, there have been sacrifices when it comes to the cameras. The P20 Lite doesn’t get the super top end camera set seen on the P20, but it does get a very solid mid-range camera set. At the front, there’s a 16 MP (f/2.0 aperture) cam that should be more than good enough for either taking the odd selfie or making video calls.

At the rear, you’re looking at a dual camera. The first lens is a 16 MP, f/2.2 aperture device, which is backed up by a 2 MP lens. This gives you great shots, whether you’re zooming in or not, or in low light or full daylight. You also get LED flash, phase detection autofocus, HDR, panorama, face detection, and all the expected camera features.

No, this isn’t the greatest camera set around, though at this price point it’s a very good camera set. For mobile photography, these cameras should be more than good enough, and they produce bright, well coloured snaps, which is all we ask for.

For a mid-range phone, the P20 Lite gets a surprising array of special features, some that we really wouldn’t expect to see. There’s a rear-mounted fingerprint scanner as well as face detection to unlock, so you’re getting excellent security plus access to online payment systems.

You do get expandable storage and a headphone jack, both of which are missing on the regular P20 model. And a 3000 mAh battery should be enough to last you through the day. There’s no wireless charging, but you do get fast charging thanks to the USB-C connector.

If you’re shopping for a mid-range phone, then the Huawei P20 Lite is an excellent choice. You get many of the features of the flagship P20 model at a greatly reduced price. Performance is excellent, the screen is great, the cameras are decent, and there are even some top end features like facial unlocking. If you’re on a budget, then you’ll want to check out the Huawei P20 Lite.

In terms of connectivity, you get the usual suspects: WiFi, Bluetooth, 3G and 4G. There are two versions of the P20 Lite, one with 32 GB of internal storage, the other with 64 GB. However, both come with SD card lots so you can add up to 256 GB of external storage should you need more space.

So, was there anything we didn’t like? We’ll be honest and say not really. The cameras could be a little better, but at this price point that seems like asking too much. And the inclusion of expandable storage and a headphone jack actually make us prefer the P20 Lite to the regular P20. If you’re looking for a solid mid-range phone that ticks all the boxes, then you’re going to have to check out the Huawei P20 Lite. We love it, and think you will too!