Start shopping now for the Huawei P Smart. A fantastic budget choice, the P Smart has a big screen, loads of power, decent cameras, and solid battery life. Think this could be the new mobile that you’ve been looking for? Then check out our great deals on the Huawei P Smart below. 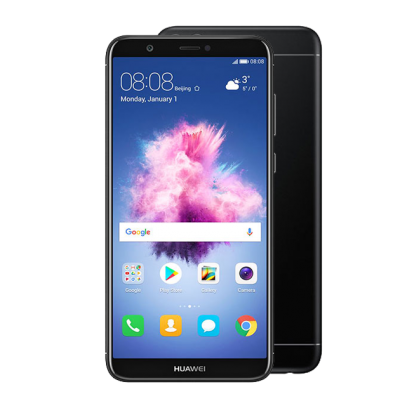 About the Huawei P Smart

Chinese mobile manufacturer Huawei have made quite a name for themselves by providing solid spec phones for very low prices. And their addition to the P line, the P Smart, is a fantastic upper budget release. Whilst many manufacturers demand that budget shoppers make power or screen sacrifices, Huawei think that they’ve succeeded in making a mobile that gives solid overall specs at a budget price.

Why should you want to get your hands on one? There’s that big screen, unusual in a phone at this price point, there’s tons of power, there’s solid cameras, and you get great battery life too. In fact, this mobile ticks all the boxes. If you’re shopping for a phone that won’t break the bank, then you’ll definitely want to check out the Huawei P Smart.

The P Smart looks like a quality phone. You get a slim profile, rounded edges, and minimal bezels. It’s an aluminium and glass build, with an aluminium back plate (rather than the more traditional glass seen on upper end phones), which makes it feel solid and comfortable in the hand. In fact, the P Smart both looks and feels a lot more expensive than it really is.

Aside from its looks, the P Smart packs a lot of great specs in. You get tons of power, a satisfying amount of RAM, a very large screen, and lots of battery life as well. In fact, you really get everything that you’re looking for in a decent mobile.

No, you’re not getting flagship specs, but at these prices we wouldn’t expect them. But you are getting a very good phone that looks great and performs even better. And you get all that at a very affordable price.

Buying budget all too often means making performance sacrifices, but not with the P Smart. You get octo core processing power with a quad core 2.36 GHz and a quad core 1.7 GHz processor running side by side, as well as 3 GB or 4 GB of RAM (on the 32 GB and 64 GB storage models respectively). In short, you get a phone that’s fast and responsive too.

This is an Android phone, and you’ll be running the latest Android 8.0 Oreo out of the box. This comes with new features, such as better notification management and split screen ability, as well as added security and stability.

In terms of performance, we just can’t fault the P Smart. These are the kind of performance specs we’d really expect to see on something much more expensive, so even more demanding users should be satisfied with speeds and responsiveness.

There are no sacrifices to be made when it comes to the P Smart’s display either. You’re getting a 5.65 inch screen, so  plenty of room for viewing and typing. And you get the new 18:9 screen ratio, giving you more screen real estate in a smaller package.

Resolution is a standard 1080 x 2160, giving you around 427 PPI. The LCD display is clear and sharp, with good colour resolution on images. And there’s also IPS, so you get solid viewing angles as well.

This is a good display, there’s no question about it, and at this price point it’s a great display. From video watching to web surfing, the P Smart is a pleasure to look at.

When we come to the camera set, the P Smart does have a little surprise in store at the rear. But let’s deal with the front facing cam first. You’re getting an 8 MP, f/2.0 aperture cam at the front, which should be more than good enough for video chat or the odd selfie.

At the rear though, you’re getting dual cameras. Yes, dual cameras on a budget phone. The main cam is a 13 MP affair, the secondary a 2 MP camera, so you’ll be taking great pics up close and far away, and no matter the light conditions. You get LED flash and auto focus, as well as the standard camera features like facial detection, HDR, and panorama mode.

For a budget hand set, the P Smart has some excellent cameras, and that dual rear cam is really an added bonus. You’ll be taking great shots with the P Smart, so mobile photographers should be more than satisfied.

This is a budget phone, so we don’t expect to see too many added extras, but there are a few things that need mentioning here. You do get a fingerprint sensor, so there’s extra security there as well as the ability to access digital payment systems.

There is a headphone jack, which is becoming more unusual, as well as expandable storage. And when it comes to battery life you should be set. The large 3000 mAh battery should be more than enough to last you through the day. Be aware that charging is via micro USB, rather than the newer USB-C technology.

Budget phones are ten a penny these days, but it can be tough to find one that really ticks all the boxes. The Huawei P Smart does just that though. You get great performance specs, solid cameras, dual rear cameras, a big screen, and good battery life as well. If you’re shopping at the budget end of the market, then the Huawei P Smart certainly deserves your consideration.

Connectivity wise you’re getting the expected options. There’s 3G, 4G, WiFi, and Bluetooth. There are two storage versions of the P Smart available, one with 32 GB of storage, the other with 64 GB. However, both models do feature an SD card slot, so you can push that storage space up to 256 GB with an external SD card.

So, is there anything about the P Smart that we don’t like? We do kind of wish it had the USB-C charging connection because that offers faster charging and is rapidly becoming standard. However, that’s really our only complaint. The P Smart offers far better specs than we’d really expect at this price point, and we love it. If you’re looking for a great mobile that gets solid performance and you don’t want to spend a fortune, then you’ll definitely want to check out the Huawei P Smart.