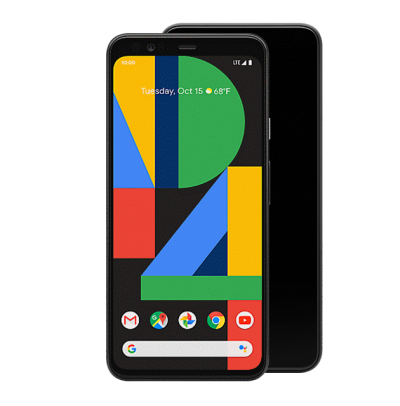 About the Google Pixle 4 XL

Probably the biggest selling point of Google’s Pixel range of mobiles is that since the company oversees the design and making of both the software and the hardware, a Pixel is the most perfect Android phone that there is. The latest version of the Pixel, the Pixel 4 XL, is no exception to that rule. Sure, there are some flaws, but in general, this is a fantastic and surprisingly affordable mobile.

Why should you want to get your hands on one? There’s going to be plenty of power, and a very solid display, as well as a few nice extras. But it’s the cameras here that are the real winner, with Google’s software meaning that these are some of the best rear cams around. If you want an affordable flagship that takes great snaps then look no further.

We’ll start with maybe not the best news. There’s nothing wrong with the design of the 4 XL, it’s got a sleek profile and smooth corners, it’s just that it’s a little dated. That’s mostly due to the bezel around the screen, something we tend not to see so much of in top-end phones. Having said that, the glass and aluminium body feels premium in the hand, and the whole package just has a quality look and feel to it.

Under the hood, you’re getting some nice internals. There’s plenty of power and RAM. There’s also a decent screen, though nothing to write home about. Those cameras though, more specifically the camera software, are the real draw here. And you’ll get some nice extras, like radar tech that detects how close you are and turns your phone on or off depending on whether you’re likely to be reaching for it.

Price-wise we’re not talking break the bank, though the Pixel 4 XL isn’t cheap either. But when compared to other flagship devices, the 4 XL is definitely affordable, and taking those awesome cameras into account this is a steal of a device.

All About Performance and Power

Performance is important in any phone, no matter then price and the good news here is that the Pixel 4 XL is top of the line. You’re getting octa-core processing power here (made up of a single 2.84 GHz processor along with both a triple-core 2.42 GHz and a quad-core 1.78 GHz processor), and a decent 6 GB of RAM. That equates to speed and responsiveness.

It goes without saying that this is an Android device, and you’ll be running Android 10 out of the box (there’s no fancy candy nickname for this version, unfortunately). You’ll get the additional stability and security of an up to date operating system as well as some new features. Android 19 features a new dark mode as well as new icon design and even new gesture navigation options.

Long story short, performance here is excellent. Whether you’re multi-tasking, running CPU heavy apps, or just surfing the web, the 4 XL gets fast, responsive performance without any sign of lag. Even demanding users should be more than satisfied.

Moving on to the display and we’re loving the size here. At 6.3 inches Google have really hit the sweet spot (as opposed to the giant phones some of their competitors are releasing). The 4 XL is easy to see, easy to type on, and a pleasure to read or watch on. It’s also not so huge that you can’t put it in a pocket, and if you’ve got decent-sized hands you can probably get away with using it one-handed.

Resolution-wise we’re looking at 1440 x 3040, which comes in at around 537 PPI. Plus, this is a P-OLED display too. All of that means that you’re get a crisp picture that’s well-defined and that gets excellent colour reproduction. And with a 90 Hz refresh rate, you’re also getting smooth video and animation.

Okay, this isn’t the greatest display we’ve ever seen. But it’s far from the worst. In fact, the 4 XL has a very solid screen indeed, and even HD video looks great.

So, the cameras that we’ve been going on about. Firstly, up at the front, you’re getting a dual-lens 8 MP camera with f/2.0 aperture. In short, that gives you some awesome selfies and means that video calling should be sharp and well-defined.

At the rear, you’re also getting a dual-lens camera. This time it’s a 12.2 MP (f/1.7, 28 mm, wide) lens and a 16 MP (f/2.4, 45 mm, telephoto) lens. You’ll get the normal options too, like optical zoom, optical image stabilisation, phase detection autofocus, and dual-LED flash. But it’s the software that really makes this camera stand out. Google have included both AI and machine learning to help improve your pictures, as well as opting for a night photo mode and even a special setting for astronomy pics.

If you love taking pictures, then this could be the phone for you. Pics taken on the 4 XL are bright, clear, and amazingly good, no matter the skill set of the photographer. From amateurs to pros, from portraits to action shots, the Pixel 4 XL isn’t going to disappoint.

So, there are a few extras here, as well as a few details that you really should know about. First up, the Pixel 4 XL does have an IP 68 certification, meaning that it’s dustproof and water-resistant in up to 1.5 metres for up to 30 minutes.

You won’t find a headphone jack, however, nor will you find a fingerprint sensor (though you do get face unlock), both of which could be deal breakers for some people. Plus, there’s no expandable storage either, which is surprising for an Android phone.

When it comes to battery life you’re getting a 3700 mAh battery onboard which is passable, though not great. You should be able to get through the day without charging if you’re not a particularly heavy phone user. You do get QI wireless charging though, as well as fast charge tech.

There are three colour options for the Pixel 4 XL, with white, black and orange (a light tangerine colour, rather than a bright, fluorescent shade) all available. There are also two memory versions, with a 64 GB and a 128 GB available, though don’t forget that there’s no SD card slot so you can’t add extra storage.

Down to brass tacks, what’s the 4 XL going to cost you? Well, first of all, this is a big name phone so you should be able to pick up a model with most operators and in most high street and online stores. If you’re into buying the 4 XL SIM-free then you’re going to be paying about £829 for the 64 GB version and around £929 for the larger 128 GB version. On contract, we’re seeing prices from about £55 a month with a £9.99 upfront payment.

Contract shoppers should be aware of a couple of things. Firstly, do remember that a larger upfront payment means a smaller monthly payment, so it’s always best to pay as much initially as you can to keep those bills down. Secondly, like most flagship phones the 4 XL is going to use plenty of data, so look for big data plans to minimise the risk of going over your limits (unless you’re frequently connected to WiFi).

If you’re looking for discounts we don’t often see them from Google, though you might get lucky around Black Friday (the day after American Thanksgiving) or just after Christmas. On the whole, though, we don’t expect to see big savings on the Pixel 4 XL until next year’s Pixel model releases. If the 4 XL is a little pricey, we’d suggest opting for one of the older Pixel 3 models instead. You’ll make a few compromises (most notably on the cameras) but you’ll get big savings.

If you’re looking for a great Android phone then the Google Pixel 4 XL is going to be a solid choice. There’s a decent display, plenty of power, and a very nice camera set indeed. Add in the fact that this is one of the most affordable flagship phones around and you’ve got a device that’s a real crowd-pleaser.

Every flagship phone has a maxi version, but only Google seems to have got the size just right. What we love most about the Pixel 4 XL is that it’s big, but not too big, and it’s still plenty portable and easy to carry around. Throw in that awesome camera set as well, and we’re sold. If you’re looking for an affordable flagship phone with a great camera, then the Pixel 4 XL is going to be a great choice!