Compare deals on the Google Pixel 4 with TigerMobiles.com. If you're looking for the cleanest Android phone around, then what better choice than a Google phone? You'll be getting plenty of power, some nice extra features, and one of the best camera sets around. Could this be the phone that you've been looking for? Check out our great deals on the Google Pixel 4 below. 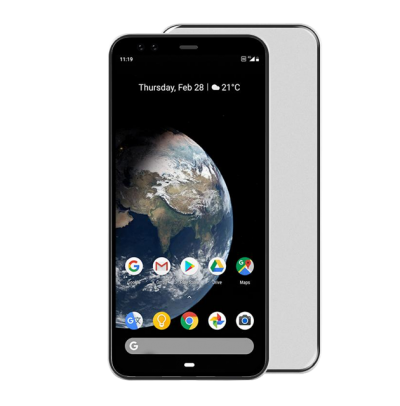 About the Google Pixel 4

Google’s Pixel phones have been a hit since their first iteration. The company, rather obviously, makes Android machines, but since Google produces both the software and the hardware, a Pixel phone is designed to mesh perfectly with its operating system. The latest version of the Pixel is the Pixel 4, and though some would argue that it has its flaws, the 4 also has some huge advantages, ones that could be real selling points.

Why should you be dying to get the Pixel 4? There’s plenty of power, of course, and a decent (if not stellar) display. Sound quality is good, and there are some nice extra features. But it’s probably going to be the camera set that’s the real draw here, and so it should be. If you’re looking for a flagship phone and photography is a particular priority, then the Pixel 4 is going to be an excellent buy.

Key Features on the Google Pixel 4

The Pixel 4 is a smooth looking device with a slim profile and rounded edges. A glass and aluminium build give the phone a great hand-feel, and it’s light whilst still seeming solid and none too fragile. However, that bezel around the screen could be a deal-breaker for some, most top end phones these days have no bezel. And the Pixel 4 is smaller and more compact than many flagship devices.

Aside from design, the Pixel 4 has some satisfying internals. There’s plenty of power, it packs a fair amount of RAM, there’s a solid screen. But it’s the cameras that are the real draw here as well as some nifty extras such as radar tech that detects how close you are to your phone and turns it on or off accordingly.

The Google Pixel 4 isn’t a cheap phone, however, it’s also nowhere near as expensive as many flagship choices out there. It’s a decent, top end Android and one with great cameras to boot, making this a somewhat affordable choice for most people.

Let’s start out with performance. The Pixel 4 gets octa core processing made up of a singe 2.84 GHz processor running alongside a triple 2.42 GHz model and a quad core 1.78 GHz. Throw in 6 GB of RAM and you’ve got a phone that’s fast, responsive and excellent at multi-tasking. There’s no question that performance here is good.

Obviously, this is going to be an Android device, and you’re getting Android 10 (no candy sounding name this time, just Android 10) out of the box. This gives you added security and stability, as well as new features. The addition of a dark mode is a good one for saving the eyes (especially at night), and the new gesture navigation options are more intuitive than ever, meaning this phone is a cinch to use.

You’ll hear no complaints from us as far as performance goes. In fact, you’ll hear few complaints from anyone, the Pixel 4 is fast and responsive, well able to keep up with any other top end Android on shelves right now.

The display on the Pixel 4 is a little smaller than we’re used to seeing on top end phones these days, coming in at just 5.7 inches. This does mean that the 4 is more portable than other devices though, easier to slide into a pocket as well as easier to use one handed. And you’re not making too many compromises, the Pixel 4 is still easy to type on, and viewing isn’t bad at all.

In terms of resolution you’re getting a nice 1080 x 2280 pixels, giving you about 444 PPI. And this is a P-OLED display as well. Combine those two things and you’ve got a sharp, crisp display that gets good colour resolution. This is an always-on display as well, though the above mentioned radar tech is designed to turn the screen on and off depending on how close you are to your phone.

The display on the Pixel 4 is good, very good. Okay, it’s not the best display around, but it’s still decent. A nice 90 hz refresh rate means there’s no lag and images slide smoothly across the screen. And picture quality is good, even when watching HD video, and what else could you ask for from a screen?

Alrighty, the main event. We’ll begin at the front. The front cam on the Pixel 4 is a dual lens 8 MP device with f/2.0 aperture. That means some awesome selfie shots, as well as some excellent video-calling.

Move around to the back and you’re getting something special. Initially, specs might not make your heart race. You’re getting a dual lens camera (one 12.2 MP, f/1.7, 28mm wide lens and one 16 MP, f/2.4, 45 mm telephoto lens). You get the normal additions, phase detection autofocus, optical zoom and image stabilisation, dual LED flash. But it’s Google’s software, rather than hardware, that really makes the difference. You’ll get AI aided photography, as well as night modes and special star photography options.

The addition of excellent camera software makes the Pixel 4 one of the best camera phones on the market right now. Specs aren’t everything, and the 4 takes simply amazing photos. Love taking pictures? You won’t be disappointed with the Pixel 4.

There are a fair few extras on the Pixel 4, as well as some notable omissions, and we can’t get to all of them here, but we’ll hit the high points. The 4 gets an IP 68 certification, meaning that it’s dustproof and waterproof in liquid up to 1.5 metres deep for up to 30 minutes.

However, do be aware that there’s NO headphone jack here. Surprisingly, there’s also no fingerprint sensor either (though you do get face ID), which could be a deal breaker for some people. And again, surprisingly for an Android phone, there’s no SD card slot, so you won’t be adding in any extra memory.

Battery life could be a little disappointing, since the Pixel 4 only comes with a 2800 mAh battery on board, smaller than we see on most flagship phones, though of course the 4 also has a smaller display. You do get QI wireless charging, however, as well as fast charge tech to get your phone juiced up as soon as possible.

The Pixel 4 comes in three colours: white, black, and orange. And there are two memory variants, a 64 GB and a 128 GB, though do remember that there’s no SD card slot so you can’t add extra storage.

Okay, so down to the issue of money. The Pixel 4 is a high end phone and one that you’re likely to find with most operators and in most high street stores, though you can always buy online from Google’s store if need be. SIM free you’re looking at paying £669 for the 64 GB version, or £769 for the 128 GB version, so not as expensive as most flagships. On contract you’ll be paying around £50 a month with a £9.99 up front payment.

If you’re shopping for the Pixel 4 on contract then there are a couple of things to keep in mind. Firstly, a larger up front payment means lower monthly payments, so try and pay as much initially as you can afford to. Secondly, like all flagships the Pixel 4 eats up data. Look for big data plans to avoid being stung by extra data charges, or alternatively spend more time around a WiFi connection!

In terms of discounts, we don’t often see discounts from Google. Having said that, there is a chance of getting some savings around Black Friday (the Friday after American Thanksgiving), and even occasionally after Christmas, so do keep your eyes peeled. In general though, we don’t expect to see significant savings on the Pixel 4 until next year’s Pixel 5 model comes out. If the 4 is a little rich for your blood, then consider going with the slightly older Pixel 3. You’ll compromise a little on camera specs, but you’ll get some solid savings as well.

The Google Pixel 4 is a great Android device. It packs plenty of power, has a decent display, and an awesome camera set. It’s also significantly more affordable than many flagship devices. If you’re looking for an affordable, top end phone that just happens to take amazing pictures, then the Google Pixel 4 is going to be a fantastic choice for you!

There are plenty of Android choices on the market, but none quite as clean and perfect as Google’s home-grown Pixel phones. We love that they’re stock Android, we love that the Pixel 4 is high powered. But most of all we love that camera, designed to show off Google’s AI and machine learning capacities perfectly. If you’re looking for a great camera phone, then you’ve found it in the Pixel 4.