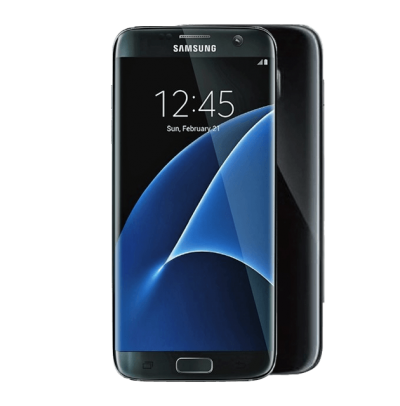 About the Galaxy S7 Edge

For the last couple of years, Samsung has been releasing two flagship phone models, one regular device and one “edge” device. This year we’re getting the Samsung Galaxy S7 Edge, and what a phone it is. There have been some solid improvements over last year’s edge device, making the S7 Edge a respectable upgrade, and this is quite simply one of the best mobile devices on shelves right now.

Why should you invest in one? Obviously, the big selling point here is the edge display, and it is fantastic. However, the S7 Edge gets tonnes of power, and neat camera upgrades as well. There’s a lot to love here, as long as you’re willing to pay a hefty price tag, and the S7 Edge is sure to be one of the top selling devices of the year.

The first thing that you’ll notice is that the S7 Edge is larger than the S6 Edge (though not quite as big as the S6 Edge Plus). Other than that, though, you’re seeing familiar slim lines and rounded corners, with glass back and front plates. One minor change is that the back plate is now curved slightly, which serves to make the device fit better and more securely into the hand.

This is a good looking phone, but under that cover, there are some pretty mind-blowing specs. The S7 Edge is going to give you plenty of power and speed, the display specs are second to none, and even the cameras have been upgraded. Plus, of course, you’ll get full compatibility with Samsung’s new virtual reality tech.

The S7 Edge is a top of the line phone, and that does mean top of the line prices, but this is an investment well worth making. For the demanding user, the S7 Edge ticks all the boxes and then some, making it one of the best mobiles we’ve seen.

Before we get to that screen, let’s check out performance specs. You’re getting octo core processing here, with dual quad-core processors running side by side (that’s a 2.15 GHz model and a 1.6 GHz model). There’s also a whopping 4 GB of RAM. All this makes the S7 Edge lightening fast, super responsive, and an excellent multi-tasker as well.

Yes, it’s a Galaxy, so yes, it’s an Android. And you’ll be running the new Android 6.0 Marshmallow out of the box. Marshmallow has a whole bunch of cool new changes, but for many, the most important of these is the new Doze feature, which is a real boon to battery saving and results in much less charging.

The performance here is just perfect; there’s no other word for it. There’s no lag, no freezing, no down time, the S7 Edge performs flawlessly, and even hard core users are going to find that it’s smooth and speedy.

Moving on to that screen, and there are a few notable things here. Firstly, you’re getting a 5.5 inch display, giving you tons of room to type, though one-handed use isn’t really possible. Yes, it’s an Edge, so it’s got the now familiar wrap around screen, though that Edge does now extend into the main display when pressed, giving you more room for icons and notifications. Finally, it’s an always on display, so even when the phone is sleeping there’s still a glowing clock or notification bar on screen (so you don’t need to wake your phone up to see that missed call).

Resolution wise we’re talking Quad HD, that’s 1440 x 2560 pixels, giving you about 534 PPI. Images are clear and sharp, and thanks to Samsung’s Super AMOLED display, colour reproduction is perfect and there’s a real sense of depth to the display as well.

Long story short, the display here is beautiful. This is one of the best screens around, and extending the edge display into the main screen just makes it that much more useful (a significant improvement over the old S6 Edge models).

There are some great cameras on board the S7 Edge as well, though we’ve come to expect that from a Galaxy phone. The front facing cam is a 5 MP device, so more than adequate for video calling or taking selfies.

Moving around to the back you’re getting a 12 MP camera, which is lower than on the S6. However, MP don’t tell the whole story, and there have been some substantial improvements here. The camera has a f/1.7 apeture and 1.4 um pixel size, which combine to make this a very decent camera indeed. You’ll get sharp, clear shots, even in very low light. Plus, you get the usual extras such as LED flash, phase detection auto focus, 4K video recording (as well as simultaneous video recording and photo taking), and panorama modes.

Whether you’re a pro or an amateur, the S7 Edge takes beautiful pictures. Don’t be mislead by that 12 MP spec, the sensors and aperture settings on the S7 Edge do more to make a great pic than more MP would. You’ll be getting some amazing shots here.

This is a top of the line, flagship phone, so there are many unique features, too many to list all of them here, but there are a few that we have to mention. Firstly, the S7 Edge is waterproof and dustproof, handy if you’re a little clumsy sometimes.

There’s a 3600 mAh battery on board, which should be more than enough to get you through the day, even with that big juice-sucking screen size. However, there’s also Quick Charge 2.0 charging, which will get you to a 60% charge in thirty minutes, and wireless charging too should you need it.

Finally, the S7 Edge is actually water cooled. Water flowing through the internals means that over heating is never going to be a problem, even when performing CPU intensive tasks such as high-end gaming.

If you’re looking to buy the best phone around, and you’re able to pay the huge price tag, then the Samsung Galaxy S7 Edge could be the device that you’re looking for. With tons of power and speed, an awe inspiring display, sweet cameras, and lots of extras, this mobile really has everything you could want and more.

Connectivity is what yo would expect, so WiFi, Bluetooth, 3G and 4G. You’re looking at either 32 GB or 64 GB of internal memory, depending on which model you go for, though there is an SD card slot for up to 200 GB of external additional memory storage.

So, what didn’t we like? Well, honestly, nothing. The S7 Edge is just amazing. Whilst the S6 Edge did have its problems, Samsung have been listening, and the S7 Edge model is as close to perfection as phones get right now. It’s tough to be negative about a phone that’s just so great. If you’re in the market for a high end new mobile, then the Samsung Galaxy S7 Edge gets our vote!