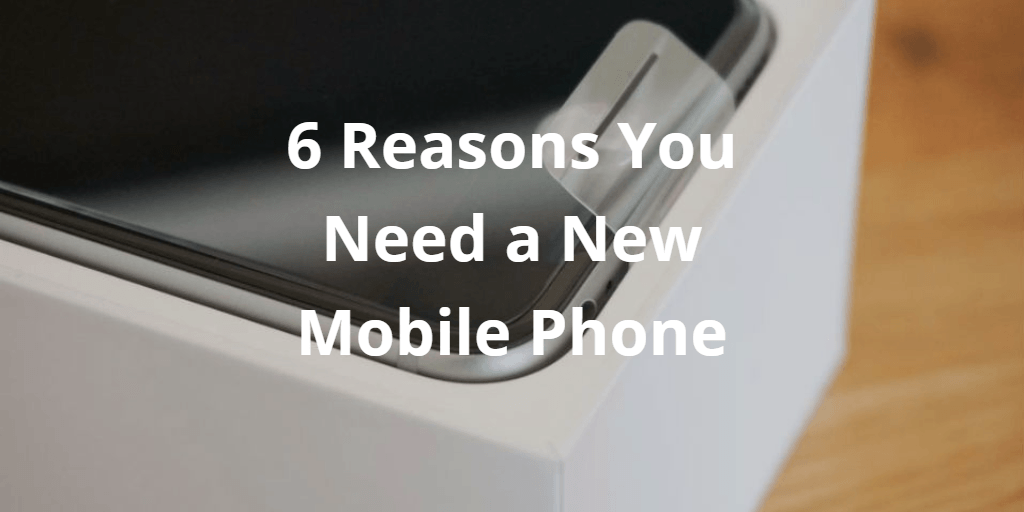 6 Reasons You Need a New Phone

Nearly everyone these days has a mobile, and there are thousands of handsets around to choose from. And while some people are constantly chasing tech trends and replacing their phones, not everyone feels the need to buy a new phone every couple of years. However, there does come a time when you really do need to consider getting a new handset. We're here to tell you everything you need to know to make that decision!

We'll get to reasons to replace in a second, but first, let's deal with why you might not want to replace your phone. As long as your mobile is in good working condition and does everything you need it to do, there's really no need to replace it. That means that you can ignore the marketing and the constant messages from your operator telling you to update if you don't want to. Obviously, a new phone is going to bring new features and functionality, but if you can't afford to splash out, you don't have to…

Good Reasons To Replace Your Phone

On the other hand, there are reasons to replace that old handset, most especially if it's not working properly. As a general rule, once problems start then they're not going to get better in an older model, only worse. Memory fills up, specs become outdated, your mobile gets slower, and before you know it it's switching itself off or draining its battery within a couple. The performance will not improve over time, so you might want to start saving for a new one. That being said, let's look at some of the signs that you need a new phone.

You're Not Getting OS Updates Anymore

One big sign that it's time to think about that upgrade is that you no longer have access to operating system updates. This is especially true if you're using Android, though it's also somewhat true for Apple iOS. OS updates give more stability and security to phones, however, they're designed with certain specs in mind. Once your phone is old enough it won't have the power or memory or something else necessary for that OS update, and so you won't receive those updates any more. Developers try to be as backwards-compatible as possible, so if you're not getting updates then it's clear that your model is becoming obsolete. Furthermore, once you stop getting OS updates you're likely to stop getting app updates in many cases as well, which will also adversely affect performance.

Another good sign that it's time to update is that your battery just won't hold a charge any more. As long as you're careful with your phone most working parts will stay working as long as you need them, but the battery is the exception. Batteries get weaker over time due to the science between lithium-ion, and after a certain number of charges will just start to fail completely. If you've got a non-removable battery then the cost of sending the phone away to have that battery replaced will probably be prohibitive, so you might as well opt for a new model. If you've got a removable battery you can try saving some cash and just replacing the battery, but older batteries can be tough to find so upgrading to a newer, bigger battery smartphone might be your only option…

You're Not Getting Good Operation

It sounds rather obvious, but if your phone is no longer doing what you need it to do, then it's time to replace it. Clearly, if you can't call properly or text properly, then you're going to need a new phone. But this is true for more general levels of satisfaction as well. Mobile internet speeds these days are pretty snappy, so you don't have to settle for slow loading web pages. Updating your phone can give you 4G speeds rather than 3G (where available), meaning that you'll get faster internet speeds. The same is true for your camera. Not getting the good quality pictures that you want? Then a mobile upgrade will probably mean better camera specs for you, which in turn will mean better pictures. Yes, your phone needs to call and text, but it can do other things too, so think about your overall levels of satisfaction before sticking with your old model…

If we're talking smartphones here then a cracked screen almost certainly means that an upgrade is in order. You might be able to prevent cracks from spreading by using a sticky screen protector, but take that off and they probably will spread to crack all the way across your device. Plus, a cracked touch screen won't work properly, there will be dead spots that don't register touch input. In the short term you can get away with using that cracked touch screen, but in the long term, it's time to start thinking about a replacement and if you're working outside or live an outdoor life something that bit more rugged…

You've Got Crashing or Freezing Issues

We've already mentioned that your phone should be in good operational order, but let's get a little more specific here. If you're finding that your mobile is crashing or freezing regularly, then it's time to think about a new one. Crashing and freezing issues on a regular basis usually mean that either your phone is corrupted or, more likely, you're simply too low spec to run the apps and programmes that you want to run. This might be a problem with graphics processors, or with memory or RAM, but regardless of the cause of a constantly crashing or freezing phone is unlikely to get better over time and should be replaced.

Your Contract is Up

For the sake of completeness, we're adding this as a reason to replace your phone, though it shouldn't be the only reason! If your contract with your operator has finished and you're starting to feel like you could use a new mobile, then this is the ideal time. In general, you will get a slightly better price on a mobile by buying it through an operator on contract. This isn't always true for all models, and the savings aren't usually huge, but every little bit helps. So if that contract's up, then consider whether or not you want to invest in a new phone!