Want a super cool phone with great performance to match its good looks? Then check out the TigerMobiles.com range of deals on phones from Apple. You'll get the coolest phone on the block, with awesome specs, and some very cool special features to match. All you need to do to start shopping to find the best deal is to use our simple comparison tool below! 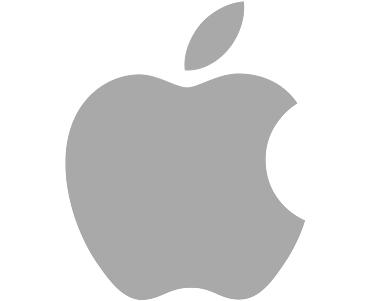 Apple is one of the most recognisable names on the electronics market. Founded in 1976 as a personal computer company, in 2007 they released the first generation iPhone and changed the way mobile phones looked and were used across the globe. Nowadays, Apple phones are ubiquitous, and some of the best selling handsets in the world.

Apple phones always have classic design specs, so they always look good. But not only that, they have great performance and some of the most innovative features around. There have now been seven generations of iPhone, with some older models being retired, so here's a quick look at the current models you can choose from:

Be aware that Apple phones come in various memory sizes, with a choice of internal memory size for each model. More memory costs more money!

The Benefits of Buying Apple

Apple phones are always big sellers, and that's because they combine great looks and the “cool factor” with awesome performance and easy to use software. Why should you invest in one?

If you want a premium phone that's going to look fantastic, then you want an Apple iPhone. One of the best selling ranges of mobiles around, iPhones are stylish, reliable, and get great performance. So get started looking for iPhone deals by using our easy to use comparison tool!